A new study published by UN Environment highlights that incineration of plastic waste is a major source of toxic fumes, especially in continents such as Africa 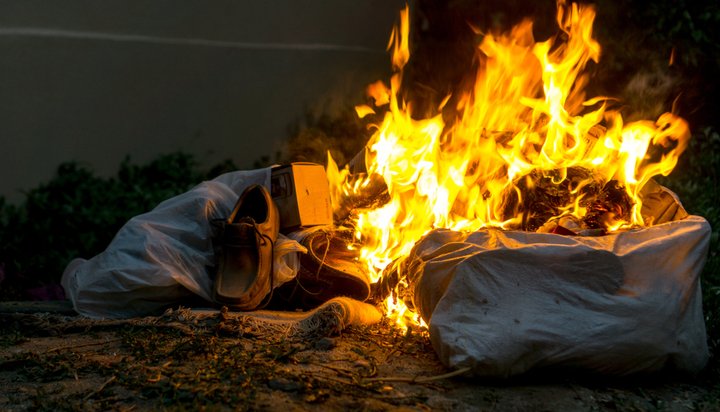 Plastic bag bans can not only cut down on marine waste and reduce damage to valuable ecosystems – they can also slash air pollution.

That’s according to a new study published by UN Environment, which highlights that incineration of plastic waste is a major source of air pollution, especially in continents such as Africa, where waste infrastructure is lacking in many places.

The report states around 12% of most municipal solid waste is made up of plastic – as approximately 40% of the world’s rubbish is burned, this is a problem.

The study notes the burning of plastics releases toxic gases like dioxins, furans, mercury and polychlorinated biphenyls into the atmosphere, all of which pose a threat to vegetation and human and animal health.

These chemicals not only damage the lungs but also settle on crops and in waterways, leading to them eventually entering the body and causing cancer, thyroid and respiratory problems.

It concludes the plastic bag bans recently announced by Tanzania and Zambia, following effective bans in Kenya and Rwanda, are “good news in terms of air pollution, given that much of Africa’s waste ends up in flames”.

The study states: “Burning of plastic waste increase the risk of heart disease, aggravates respiratory ailments such as asthma and emphysema and cause rashes, nausea or headaches and damages the nervous system.”