US announces plans to spread ‘freedom gas’ through the world 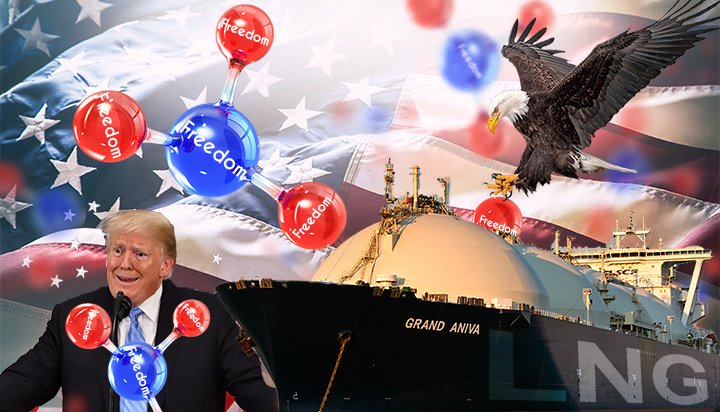 The US has announced plans to “spread freedom gas throughout the world”.

Donald Trump’s Department of Energy (DoE) has released a statement approving the expansion of a liquefied natural gas (LNG) facility on Quintana Island in Texas.

It suggests the plans will allow the the volume of its LNG exports to be dramatically stepped up and will mean more “molecules of US freedom” can be produced and shipped to other nations.

Assistant Secretary for Fossil Energy Steven Winberg said: “With the US in another year of record-setting natural gas production, I am pleased that the DoE is doing what it can to promote an efficient regulatory system that allows for molecules of US freedom to be exported to the world.”

The DoE said the move advanced its commitment to promoting clean energy and economic growth and noted it would support around 3,000 new jobs in the area.

US Under Secretary of Energy Mark W. Menezes said: “Increasing export capacity from the Freeport LNG project is critical to spreading freedom gas throughout the world by giving America’s allies a diverse and affordable source of clean energy.”

President Trump previously withdrew the US from the Paris Agreement and was recently criticised by Hollywood star George Clooney for his stance on climate change.