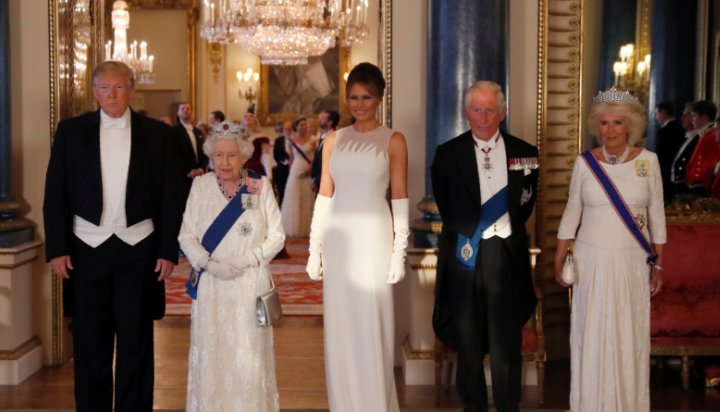 Donald Trump’s state visit will produce as much carbon dioxide as an average British home does in 970 years.

That’s the verdict from renewable energy supplier Pure Planet, which has calculated the US President’s trip to the UK will emit 2,619 tonnes of carbon dioxide.

The President, the First Lady, family members and officials arrived on two Boeing 747 jets, which together will emit 979 tonnes of extra carbon dioxide to the atmosphere on their journeys between London and Washington DC.

The transport while the President is in the UK will also have a significant impact – two identical seven-seat armoured limousines dubbed The Beasts have a fuel economy of just four miles per gallon, meaning they will emit 1.2 tonnes of carbon dioxide while they are here.

The study suggests the rest of the 30-car motorcade will pump out an additional 4.3 tonnes of greenhouse gases from driving around – however, the big chunk of emissions the fleet is responsible for happened when it was transported over to the UK in an estimated four cargo planes, sending out 1,600 tonnes of carbon dioxide into the air.

Many of the 1,000-person entourage, which includes secret service agents, staff, military aides and members of the press, also use helicopters to get around, emitting an estimated total of 35 tonnes of carbon dioxide.

The dietary requirements of such a large volume of people and the related carbon footprint is also likely to have a significant effect on emissions.

Steven Day, Co-Founder of Pure Planet, said: “President Trump’s state visit is equivalent to almost a millennium’s worth of emissions from a typical home. It is a staggering large amount.

“Trump has said climate change is a Chinese hoax but this is no joke. The emissions from this state visit are vast.”