EDF: ‘Hunterston B reactor will only be restarted if safe’ 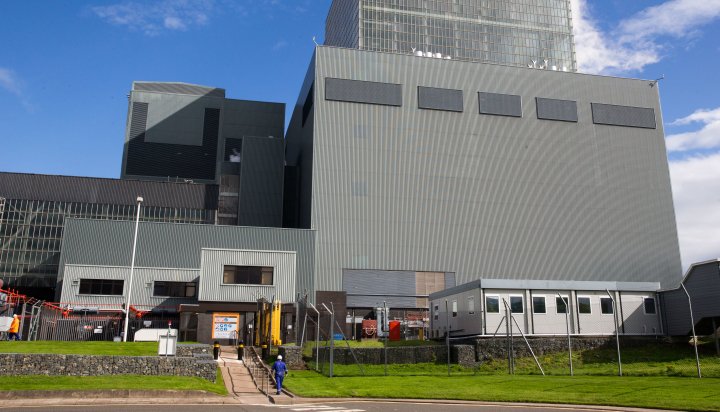 EDF says the closed reactor at the Hunterston B power plant will only be restarted if safe.

The French energy giant has reassured the public that safety is its top priority after a Daily Mail story published over the weekend suggested restarting the cracked nuclear reactor could contaminate Edinburgh and Glasgow with radiation.

Nuclear energy commentators told the newspaper that a meltdown at EDF Energy’s Hunterston B power plant in North Ayrshire was unlikely but possible if the reactor was restarted.

Nearly 400 cracks in one of the facility’s reactor core’s graphite bricks were found in March last year, leading to the closure of the plant in October – although cracks developing is normal, the amount recorded exceeded current guidelines on limits.

The rest of the site’s reactors remained below the Office for Nuclear Regulation’s (ONR) upper safety limit of 350 cracks.

Owner EDF Energy would like to restart generation at the power plant with a new limit of 700 cracks, a view which has been supported by GMB Union.

However, two nuclear experts have reportedly warned the reactors should not be reopened – speaking to The Daily Mail, Independent Consultant Dr Ian Fairlie and Dr David Toke of the University of Aberdeen, said while the probability of a meltdown is low, it could have dramatic consequences.

They reportedly told the newspaper: “This is a serious matter because if an untoward incident were to occur – for example an earth tremor, gas excursion, steam surge, sudden outage, or sudden depressurisation, the barrels could become dislodged and/or misaligned.

“These events could in turn lead to large emissions of radioactive gases. Further, if hot spots were to occur and if nuclear fuel were to react with the graphite moderator they could lead to explosions inside the reactor core.

“In the very worst case the hot graphite core could become exposed to air and ignite leading to radioactive contamination of large areas of central Scotland, including the metropolitan areas of Glasgow and Edinburgh.”

An EDF spokesperson told ELN: “Neither EDF Energy nor the UK nuclear safety regulator would ever allow the Hunterston B reactors to restart unless completely satisfied that it’s safe to do so. Nuclear safety drives everything we do. This means we work within very large safety margins.

“The regulator is completely independently reviewing the safety case for Reactor 4 before deciding whether or not to approve for return to service. Our current best estimate is that we’ll be back online by 24 June but it will take as long as it needs to.”