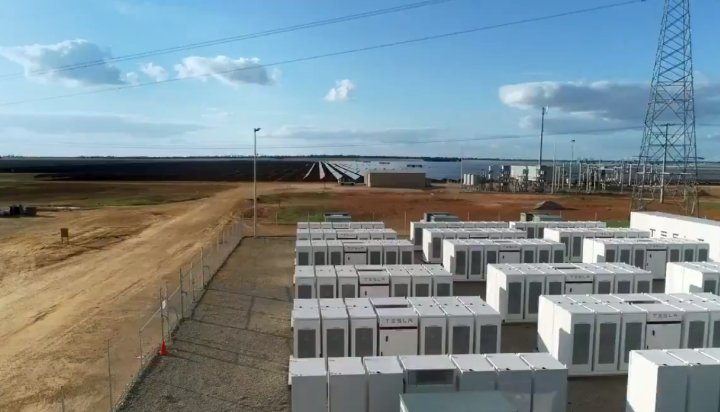 Image: The Department of Environment, Land, Water and Planning

A project claimed to be Australia’s largest solar and storage project has entered operation after having been successfully retrofitted with battery storage infrastructure.

The existing 60MW Gannawarra Solar Farm in Victoria has now been equipped with 25MW of co-located Tesla batteries.

The battery infrastructure is owned by Edify Energy and Wirsol, who developed the project.

They claim it is the second biggest Tesla battery installation in Australia and among the largest of its kind in the world – it is able to power around 16,000 households for a duration of around two hours during times of peak demand.

Minister for Energy, Environment and Climate Change Lily D’Ambrosio, said: “Big batteries help to stabilise our power grid and provide much-needed backup power, which is vital to maintaining a reliable and affordable energy supply for Victoria.”

“By investing in renewable energy and storage technology, we are continuing to modernise our electricity grid, strengthen our energy security and deliver real action on climate change.”