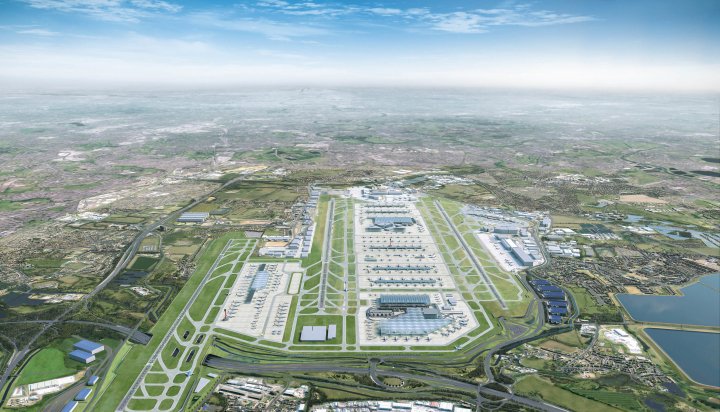 Heathrow Airport has unveiled details of its preferred ‘masterplan’ to build a controversial third runway.

The new information has been released as part of a 12-week consultation to inform the airport’s Development Consent Order application, which is expected to be submitted next year.

It says the consultation gives the public an opportunity to provide feedback on its proposals for how the airport will operate in the future, including the new runway and other airport infrastructure – its suggestions include introducing a ‘Heathrow Ultra Low Emissions Zone’ for vehicles, charging heavily polluting cars more money to enter the airport and park and improving public transport links to the site to cut down on congestion and air pollution in surrounding areas.

It has also announced it would ideally re-route the M25 motorway, relocate existing industrial and commercial space and divert a number of rivers to make space for the project.

The plan also calls for a proposed 6.5-hour ban on scheduled night flights to cut down on disruptive noise from planes once the runway officially opens in approximately 2026.

Emma Gilthorpe, Heathrow’s Executive Director for Expansion, said: “Expansion must not come at any cost.

“That is why we have been working with partners at the airport, in local communities and in government to ensure our plans show how we can grow sustainably and responsibly – with environmental considerations at the heart of expansion.”

Extinction Rebellion activists have announced they are planning to shut down Heathrow Airport during the peak holiday season this summer.