Nigeria generated 290,000 tonnes of e-waste in 2017 and also remains a major recipient of used electronics from abroad 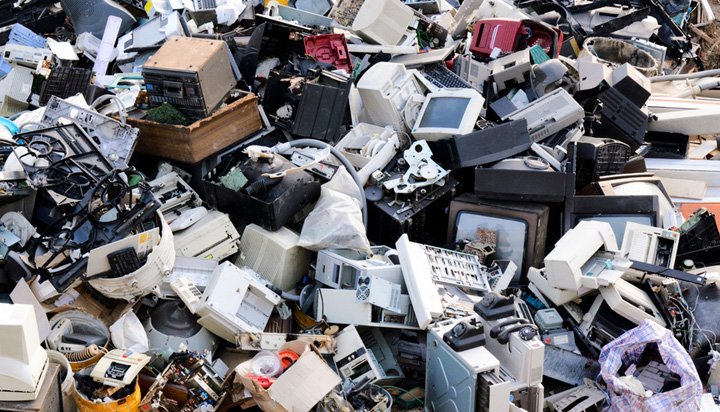 A new $15 million (£12m) initiative to kick off a circular electronics system and bring an end to the toxic management of electronic waste (e-waste) in Nigeria has been launched.

With backing from the Global Environment Facility, the Government of Nigeria has joined forces with UN Environment and partners to turn the tide on e-waste in the country while protecting the environment and creating safe employment.

Up to 100,000 people work in the informal electronics waste sector in Nigeria, collecting and dismantling around half a million tonnes of discarded appliances every year by hand to reclaim the saleable components and processing.

They are directly exposed to hazardous chemicals and commonly suffer respiratory and dermatological problems, eye infections and lower than average life expectancy.

The waste with no economic value is often dumped or burned, releasing pollutants including heavy metals and toxic chemicals into the air, water and soil.

A UN University research revealed more than 60,000 tonnes of used electrical and electronics equipment are shipped into the country via Lagos ports alone, with an unknown amount imported over land routes from neighbouring countries.

However, while e-waste is a threat, UN Environment says safe e-waste recycling has “enormous economic potential”, with 100 times more gold in a tonne of e-waste than in a tonne of gold ore.

Inger Andersen, UN Environment Executive Director adds: “The environmental and economic benefits of a circular economy are clear. This innovative partnership with the Government of Nigeria and the Global Environment Facility is a positive step in the country’s efforts to kickstart a circular electronics system and one that UN Environment is proud to support.”