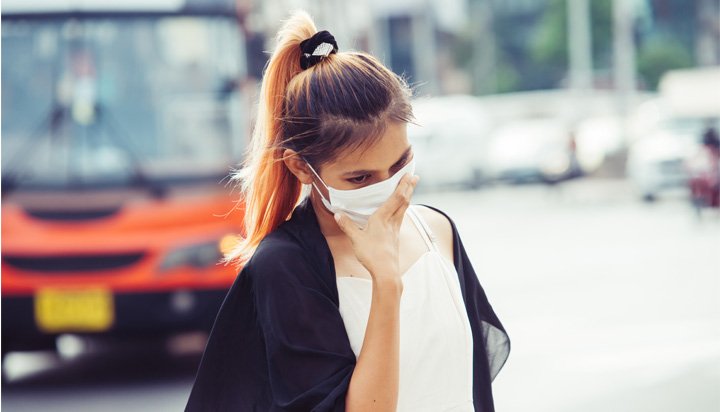 Exposure to high levels of air pollution could negatively affect women’s fertility and leave them with fewer years to have children.

That’s according to new research, which took hormone measurements from more than 1,300 women in Italy between 2007 and 2017 and found women may have an earlier menopause and a shorter period of their life in which to reproduce.

Researchers at the University of Modena and Reggio Emilia in Italy based their study on levels of a hormone called anti-Müllerian hormone or AMH, which is released by cells in the ovaries and gives an indication of a woman’s ovarian reserve, i.e. the number of viable eggs the ovaries can produce.

They estimated the environmental exposure of the women, including daily particulate matter (PM) and nitrogen dioxide (NO2), based on their age and where they lived.

Results found AMH levels for women over 25 fell with age and those who lived in areas with higher levels of air pollutants were found to have lower AMH levels.

On average, women in “high pollution areas” were 3.2 times more likely to have low ovarian reserve.

The research found while it would not necessarily affect a woman’s chances of having a baby in their twenties and early thirties, many environmental chemicals, as well as natural and artificial components of everyday diet, “have the potential to disturb the physiological role of hormones”.

Lead Researcher Professor Antonio La Marca said: “Living in an area associated with high levels of air pollutants in our study increased the risk of severely reduced ovarian reserve by a factor of two or three.”

The study confirms age is the most important determinant of AMH concentration in women and emphasised other factors such as smoking, body weight and long term hormonal contraception are already recognised as having an impact on AMH.

It, however, does not take into account other factors such as poor health and poverty.

The research is being presented at the European Society for Human Reproduction and Embryology conference in Vienna and still needs to be published in a peer-reviewed journal.