‘Time is Now’ mass lobby for the climate hits Westminster 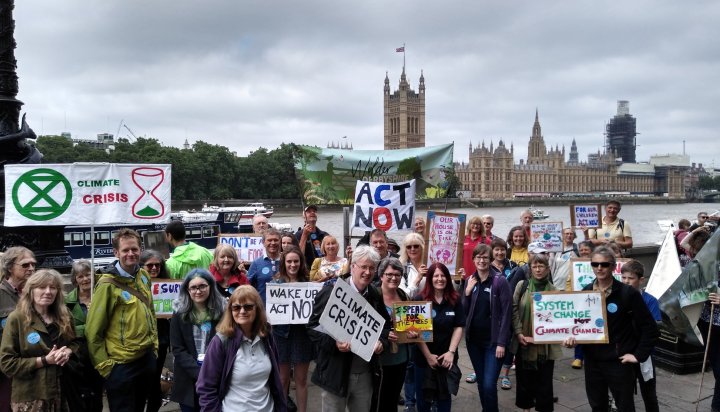 Thousands of people are marching on Parliament this afternoon as part of a mass lobby event to pressure politicians into taking more action on climate change.

The event involves activists queuing up to meet their local constituency MP and call on them to pressure the government into doing more to adopt renewable energy, phase out fossil fuels and generally reduce emissions across the UK.

Organisers say at 2pm, attendees will set off alarm clocks to “send a message to Westminster that they need to wake up and respond” to the issue of global warming and extreme weather caused by greenhouse gases in the atmosphere.

They note there are signposts around Westminster for people to find the representatives of different regions and constituencies.

It says; “This summer is a pivotal moment. The government will decide whether to end the UK’s contribution to climate change by committing to an ambitious net zero emissions target.

“And they will have a once in a generation chance to end nature’s decline by committing to an ambitious Environment Bill for England. Now is the time to push for bold action.”

Campaigners at the rally have been encouraged to contact their local MP in advance to make sure they come along to the lobby.