The 2.5km of plastic was installed around 25 years ago in the River Keekle near Whitehaven to protect it from contamination from mineworks 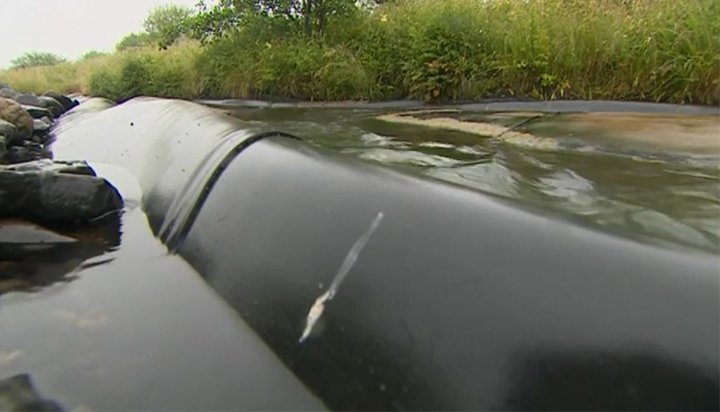 The first phase of a £1.5 million project that aims to remove several tonnes of black plastic from the bed of a Cumbrian river has begun.

The 2.5km of plastic was installed around 25 years ago in the River Keekle near Whitehaven to protect it from contamination from mineworks.

According to the Environment Agency (EA), if nothing is done to prevent erosion and further degradation of the river, there could be further reduction of water quality and pollution to the river, which could also impact one of the most important rivers in Europe further downstream, the River Ehen Special Site of Scientific Interest and Special Area of Conservation.

The plastic will be tested after it has been taken out of the river, with the aim of recycling it.

The project, part of the River Restoration Programme in Cumbria – one of the biggest portfolios of river restoration projects in the UK, is a partnership between the EA and West Cumbria Rivers Trust.

Oliver Southgate, River Restoration Programme Manager at the Environment Agency said: “This is likely to be the most significant river restoration project delivered in the UK this year – we have never seen this must plastic in a river before, or as degraded.

“The Upper Keekle is one of the most degraded sections of watercourse in the UK and is classed as a failing river so by putting the river back to a natural state and directly improving the whole water environment in this area with multiple benefits for people and wildlife.”