The scheme has been extended to SEA LIFE Blackpool, SEA LIFE London and Warwick Castle Resort 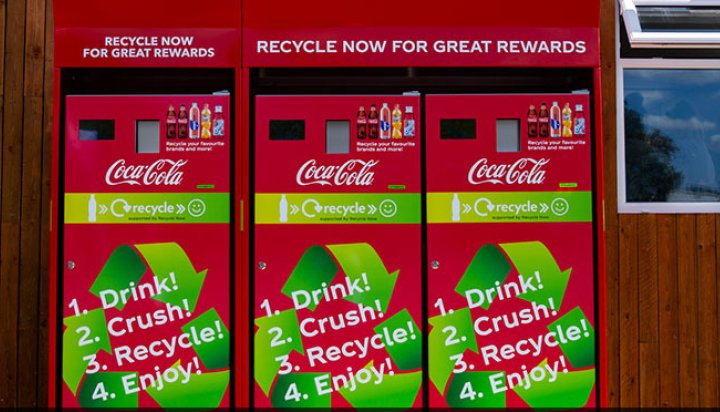 Coca Cola has extended its plastic-saving partnership with Merlin Theme Parks to a new range of attractions around the UK.

The initiative, which originally launched in 2018, offers half-price entry to theme-parks in exchange for empty plastic bottles being handed in – it is currently in operation at Alton Towers Resort, Thorpe Park Resort, Chessington World of Adventures Resort and the LEGOLAND Windsor Resort.

In response to positive consumer feedback, the recycling scheme has been rolled out to additional new sites this year, including SEA LIFE Blackpool, SEA LIFE London and Warwick Castle Resort.

In total, 23 machines will be spread across the locations – Coca Cola has also announced its ‘Freestyle’ machine will be available at Thorpe Park Resort, which allows customers to pre-load money onto a refillable cup via an embedded chip.

Kris Robbens, Marketing Director at Coca Cola Great Britain and Ireland said: “Recycling doesn’t need to be boring and we want to reward and recognise people for doing the right thing and make it easier to recycle on the go.

“This is just one of the steps we’re taking to ensure our packaging is as sustainable as possible and making it as easy as possible for people.”