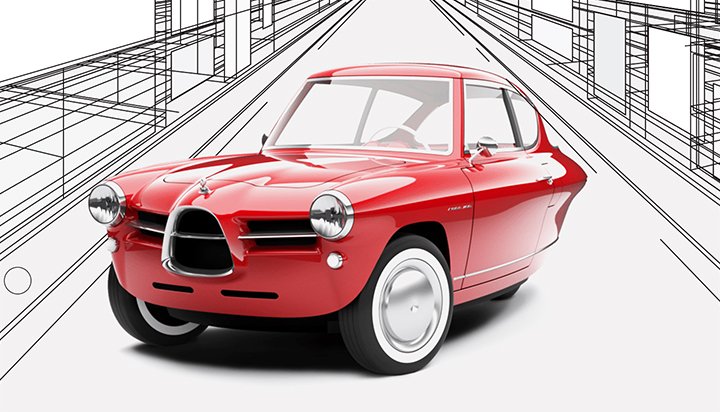 A fully upgradable and recyclable electric vehicle (EV) has zoomed into the pre-order phase with the opening of its order book.

Estonian startup Nobe says its zero emission three-wheeler will ‘bring about an end to the disposable car’ thanks to its fully upgradable and recyclable design.

The company says it can receive firmware updates and notes exterior panels can be easily replaced to repair damage or even to change colour.

Through the Indiegogo crowdfunding platform, the maker want to raise $100,000 (£80,000) to start production of the EV, which it claims is the most sustainable on the market.

The firm plans to set up ‘nanofactories’ in market locations to avoid the need for shipping and associated emissions.

The firm says: “Nobe 100 may look a bit like a toy but it’s a lot more than that: It could be a hobby or a second or third family car but it also tackles the urban environment and everyday challenges with remarkable ease.

“Great acceleration, agility and it’s easy to park – what more could you want from a city car? Plus, its big wheels and all-wheel-drive makes it a real all terrain vehicle.”

BMW has unveiled its first all-electric version of the iconic MINI, which will be built at the company’s plant at Cowley in Oxfordshire.