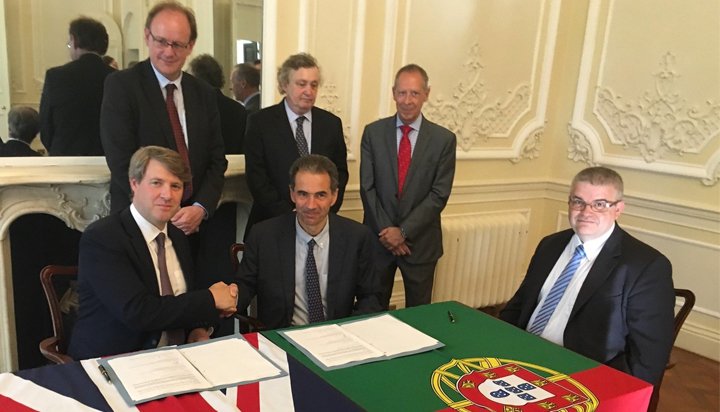 The UK has signed a new agreement to join an international research centre to tackle climate change and explore oceans.

It is one of 15 countries to be part of the Atlantic International Research (AIR) Centre to strengthen collaborations in energy, climate change science, oceans and space across Atlantic regions.

The AIR Centre was set up in 2017 and aims to boost collaboration with researchers from around the world on shared challenges and opportunities, which includes cutting carbon emissions.

Mr Skidmore said: “To meet the challenges and opportunities of tomorrow, it is essential that our best and brightest scientists and researchers are able to collaborate internationally.

“Our joint-working through the Atlantic International Research Centre will incorporate a wide range of scientific work, from developing new space industries to tackling climate change. This will help meet a key aim of our modern Industrial Strategy, to retain and build on our world-leading position in research and development.”

The news follows the government’s commitment for net zero carbon emissions by 2050.

Portuguese Science Minister Manual Heitor added: “The AIR Centre is for future generations and to benefit our societies through a better compromise between economic development and environmental preservation, with an emphasis on Atlantic regions.

“With headquarters in the Azores and several local hubs in several countries, the AIR Centre has been implementing a scientific agenda on Atlantic Interactions, which will benefit from the UK engagement but also bring additional advantages to the UK on its six lines of action: Marine Resources and Biodiversity, Healthy and Clean Ocean, System integration from near space to deep ocean, Mitigation and Adaptation to Climate Change and Natural Hazards, Sustainable Energy Systems; and Data Science for the Atlantic Ocean, including its coasts, biodiversity and societies.”