The BEIS Committee has written to the minister to act on policies such as energy efficiency, electric vehicles and carbon capture, utilisation and storage 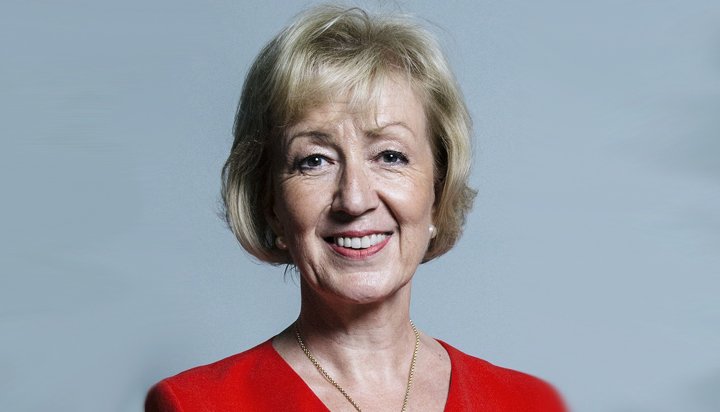 The newly appointed Business and Energy Secretary Andrea Leadsom is facing immediate calls to act on a series of policies towards meeting the UK’s net zero carbon target.

Rachel Reeves MP, Chair of the Business, Energy and Industrial Strategy (BEIS) Committee has written to the former energy minister to “act quickly” on policies such as energy efficiency, electric vehicles (EVs) and carbon capture, utilisation and storage (CCUS) to ramp up efforts to meet future carbon budgets and the ambitious 2050 goal.

She set out some of the many recommendations previously made by the Committee, calling on Ms Leadsom to consider them, including bringing forward a “clear, precise target” for new sales of cars and vans to be zero emission by 2032 rather than the current 2040 goal.

Other suggestions include phasing out non plug-in and all but the cleanest plug-in and hybrid vehicles, with more stringent zero emission range requirements; aiming to develop and commission first CCUS projects in at least three clusters by 2025; sequestering 10 million tonnes of carbon dioxide (MtCO2) every year by 2030 and at least 20MtCO2 by 2035; and ensuring that upgrading the energy efficiency of buildings is made a national infrastructure priority.

The BEIS Committee also recommends the Energy Company Obligation (ECO) scheme is supplemented by centrally funded local authority schemes and a further national funding safety net to ensure the government meets its fuel poverty and energy efficiency targets, together with a package of incentives for “able to pay” homeowners, including low interest loans and a stamp duty incentive.

In addition, Ms Leadsom has been asked to explain the government’s plans to capitalise on the potential of onshore wind as the Committee has heard “repeated and convincing arguments” for its role in the low carbon transition to be increased.

Ms Reeves said: “I welcome Andrea Leadsom as the new Secretary of State. With the government committed to the net zero target by 2050 but currently set up to fail to deliver on the fourth and fifth carbon budgets, it is clear the new Secretary of State will need to hit the ground running and act quickly to ramp up efforts on the policies and actions crucial to tackling climate change and capitalising on the opportunities of a low-carbon economy.

“The Secretary of State should also seek to overcome Treasury resistance and ensure that her colleague at No 11 examines the potential benefits as well as the costs of the transition to net zero. The government should also overcome its ideological opposition to on-shore wind – the cheapest form of electricity generation in the UK – and set out plans to fulfil this technology’s huge potential.

“We look forward to questioning the Secretary of State later this year and pressing her on her commitment to the policies needed to deliver on the UK’s climate change obligations.”

BEIS said it will respond fully to the letter in due course.

A spokesperson added: “We are leading the world in tackling climate change, going further and faster by becoming the first major economy to pass new laws for net zero emissions by 2050.

“Already we have cut emissions faster than any G7 country while growing the economy, and latest figures show that last year renewables provided a record-breaking 33% of our electricity.”