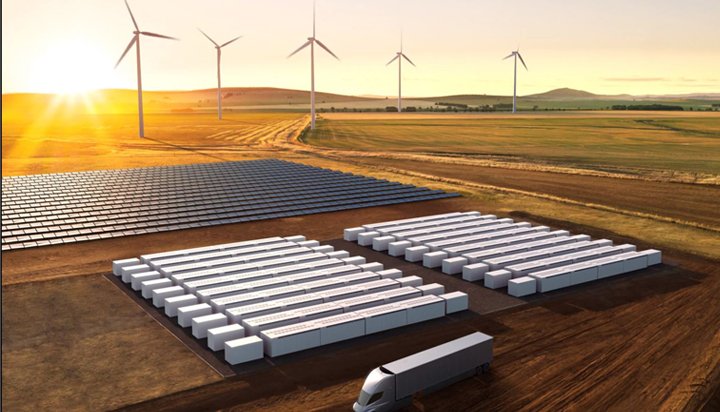 Tesla has today unveiled a an energy storage system which it says could replace peaking power plants that generally provide electricity when demand is high.

Called ‘Megapack’, the battery system can store up to 3MWh of power, has an inverter capacity of 1.5MW and is expected to significantly reduce the complexity of large-scale battery storage.

Tesla claims the Megapack takes up 40% less space, requires a tenth of the parts to build and can be assembled 10 times as fast as alternative energy storage solutions.

It adds: “Peaker power plants fire up whenever the local utility grid can’t provide enough power to meet peak demand. They cost millions of dollars per day to operate and are some of the least efficient and dirtiest plants on the grid. Instead, a Megapack installation can use stored excess solar or wind energy to support the grid’s peak loads.

“Using Megapack, Tesla can deploy an emissions-free 250MW, 1GWh power plant in less than three months on a three-acre footprint – four times faster than a traditional fossil fuel power plant of that size.”

The energy storage system connects to an advanced monitoring and control platform for large-scale utility projects and microgrids and can also be integrated with Autobidder, Tesla’s AI platform for automated energy trading.