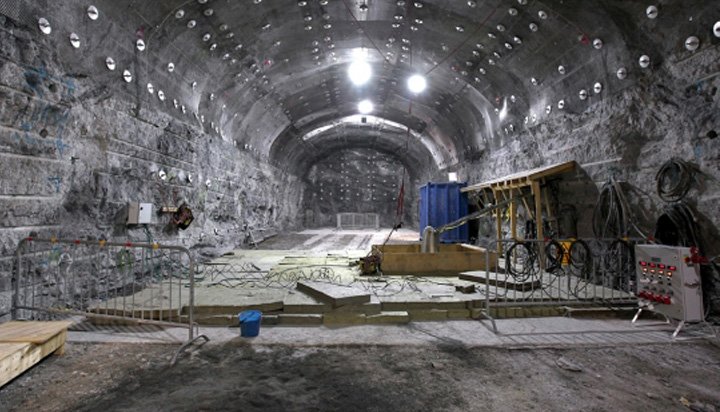 Plans for what will be the world’s first underground nuclear waste disposal facility in Finland have taken a step forward, with a €500 million (£458m) investment.

Developer Posiva, owned by Finnish utilities Fortum and Teollisuuden Voima, plans to store spent nuclear fuel at a depth of around 400 to 450 metres in the Onkalo bedrock on Olkiluoto island, around 230km northwest of Helsinki.

The licence for the Onkalo facility was issued by the Finnish Government in 2015, following which the company started screening a number of potential sites.

Posiva recently signed a contract, valued at around €40 million (£37m), with the Hartela Länsi-Suomi Oy consortium, Vesi-Vasa Oy, Ilmastointi-Salminen Oy and Sähkö-Rauma Oy, on the construction of the final disposal facility and building services engineering work in the technical rooms and tunnels.

The facility being built in Finland is based on the ‘KBS-3’ disposal concept, which was developed by the Swedish Nuclear Fuel and Waste Management Company (SKB), in close co-operation with Posiva.

The method consists of encapsulating spent fuel in corrosion-resistant copper canisters, with the interior made of graphite cast iron.

Posiva says with the spent fuel from the four nuclear power plants in operation and the fifth one under construction, around 2,800 canisters will be needed for the final disposal.

The final disposal facility will consist of two sections: the above ground encapsulation plant where nuclear fuel will be received, dried and packed into final disposal canisters; and the repository located deep inside the bedrock, in which the most important sector are the tunnels where the fuel is disposed of.

The final disposal is scheduled to start in the 2020s and according to current plans, the repository would be sealed up by the 2120s.

The head of the organisation that is leading work on behalf of the UK Government to safely dispose of radioactive waste is to retire in March 2020.