The facility is expected to save around 381 tonnes of carbon a year – equivalent to 1.5 million miles driven in an average petrol car 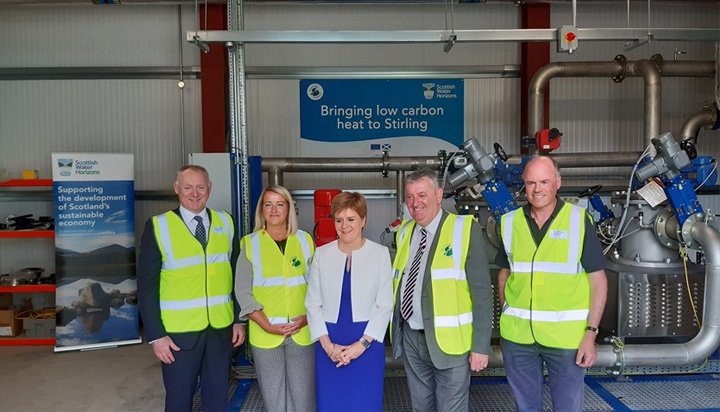 A new £6 million district heating network that will deliver low carbon heat to public buildings and businesses in Stirling has been launched.

The facility harnesses energy from wastewater through a mixture of cutting-edge technologies and is believed to be the first in the UK to deliver heat in this way.

It is expected to save around 381 tonnes of carbon a year – equivalent to 1.5 million miles driven in an average petrol car.

SWH will own and operate the energy centre and sell the heat to the council at an agreed rate and volume, which the council will sell on to users via the heating network.

The network will initially deliver heating to a number of key public buildings, including The Peak Leisure Centre, Forthbank Stadium, St Modan’s High School and organisations such as Zero Waste Scotland and Volunteer Scotland.

The council says there is scope for the network, which received £2 million of funding from the Scottish Government, to be expanded across the city to include households.

Ms Sturgeon said: “Earlier this year Scotland became one of the first countries in the world to acknowledge the fact that we are facing a global climate emergency and it is only right that we take appropriate action.

“I am proud of the bold, innovative and world-leading policies we are implementing to address the climate crisis we face.

“The Stirling District Heat Network project is a fantastic example of this, using waste water to help provide energy to local public buildings and businesses. It is a great demonstration of how we can work collaboratively to make a real difference.”