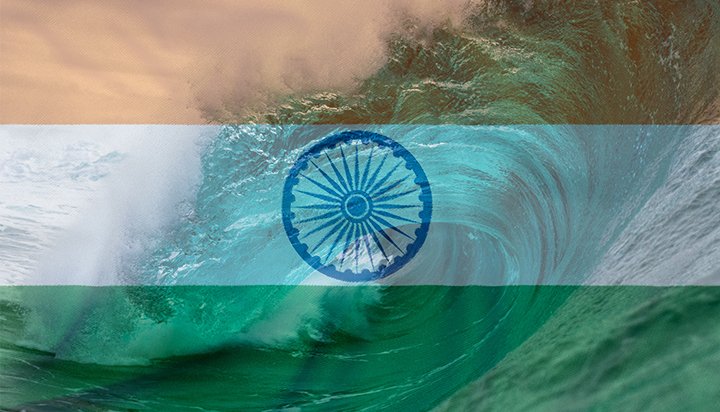 The Government of India has approved a proposal to declare the use of tidal and wave to generate electricity as renewable power.

The Ministry of New and Renewable Energy made the announcement yesterday and said this decision will boost the use of ocean energy in India as the government steps up its efforts to reach its renewables and climate change objectives.

It states: “Energy produced using various forms of ocean energy such as tidal, wave, ocean thermal energy conversation etc. shall be considered as renewable energy and shall be eligible for meeting the non-solar Renewable Purchase Obligation (RPO).”

The potential of tidal energy in the country is estimated at around 12,455MW, with possible locations identified at the Khambat and Kutch regions.

The ministry adds the preliminary estimates for wave energy in India stands at around 40,000MW and ocean thermal energy conversation (OTEC) is estimated at 180,000MW, “subject to suitable technological evolution”.