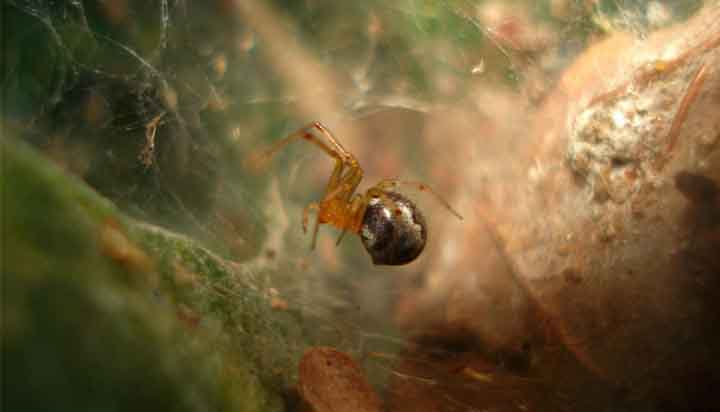 They could be, according to Canadian researchers who studied how spiders in storm-prone regions responded to extreme weather events.

While climate change may not lead to more storms, scientists believe it is likely to exaggerate the intensity and lead to more extreme outbursts known as “black swan” events.

Researchers from McMaster University examined 240 female colonies of the spider known as Anelosimus studiosus, which lives along the Gulf and Atlantic coasts of the US and Mexico, before and after tropical cyclones hit.

As a species, they inherit two personality traits: docile and aggressive.

The aggressiveness of a colony is determined by the speed and number of attackers that respond to prey, the tendency to cannibalise males and eggs, the vulnerability to infiltration by predatory foreign spiders, among other characteristics.

Aggressive colonies, for example, are better at acquiring resources when scarce but are also more prone to infighting when deprived of food for long periods of time or when colonies become overheated.

Scientists are predicting an increase in black swan weather events, i.e. unforeseen events, typically one with extreme consequences but in hindsight also predictable.

They found when it came to the female spiders, the more aggressive ones fared better and were more likely to survive extreme weather conditions and therefore pass on their traits to new generations.

This was consistent across multiple storms that varied in size, duration and intensity.

Jonathan Pruitt, Lead Author and an Evolutionary Biologist and Canada 150 Chair in McMaster’s Department of Psychology, Neuroscience & Behaviour said: “It is tremendously important to understand the environmental impacts of these ‘black swan’ weather events on evolution and natural selection.

“As sea levels rise, the incidence of tropical storms will only increase. Now more than ever, we need to contend with what the ecological impacts of these storms will be for non-human animals.”

The research is part of a larger project examining the impact of hurricanes on hundreds of species.