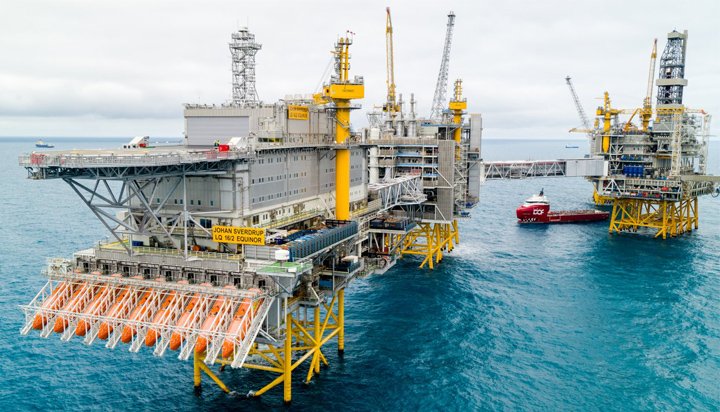 Equinor has announced it will start-up a major oil development in the North Sea a month ahead of schedule and launched a share buyback of up to $5 billion (£4bn).

The Norwegian energy giant and its partners, Aker, BP, Lundin Norway, Petoro and Total, are preparing for production to start from the Johan Sverdrup field next month, the largest North Sea discovery in more than three decades.

It is estimated to have around 2.7 billion barrels of oil equivalent and will employ more than 3,400 people on average every year during operations.

Equinor has also launched a buyback programme, with the first tranche of $1.5 billion (£1.2bn) starting immediately and ending no later than 25th February 2020.

It will be completed by the end of 2020 and the Norwegian state will maintain its 67% share in the company.

Eldar Sætre, President and CEO of Equinor said: “The upcoming start-up of the world-class Johan Sverdrup field, combined with several other new fields in production, provides additional confidence in our outlook for production growth and increased cash generation capacity.

“We are therefore in a good position to increase capital distribution, while continuing to invest in our high-quality project portfolio.”