Wind and solar power ‘must expand eight-fold by 2030’

That’s according to DNV GL, which says this is vital to meeting the Paris Agreement 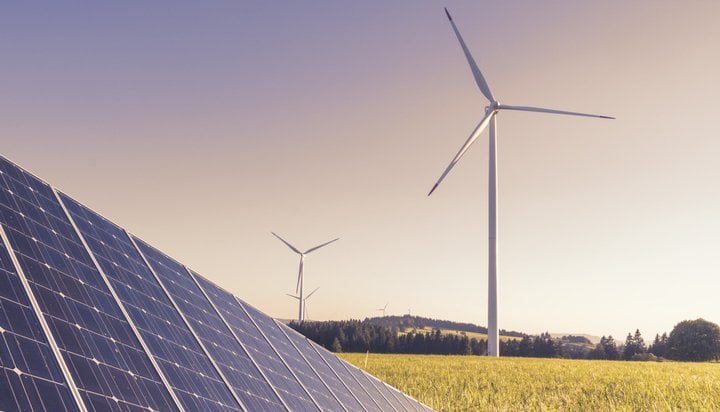 Global wind and solar generation must increase eight-fold by 2030 to help meet the Paris Agreement.

That’s according to DNV GL, which suggests although the transition to a low carbon energy system is progressing more quickly than previously thought, it is still happening too slowly to limit global temperatures to rising by well below 2°C.

In fact, it believes the world is likely to be 2.4°C warmer at the end of this century than it was during the immediate pre-industrial period.

DNV GL notes the technology required already exists but stresses solid and ambitious policy decisions are needed to increase certainty, support investment and put these measures into action in the real world.

To help close the emissions gap, it calls for a number of measures to be implemented, including expanding solar power ten-fold to 5TW and wind five-fold to 3TW by 2030, which would meet half of global electricity consumption annually.

It also calls for a 50-fold increase in production of batteries, for new electric vehicle charging infrastructure to be developed and for more than $1.5 trillion (£1.21tn) of annual investment to expand and reinforce power grids by 2030.

DNV GL advises that global energy efficiency improvements should be increased by 3.5% per year within the next decade, as well as arguing green hydrogen should be increasingly adopted across several sectors, heavy industry should become more electrified, rail networks should be expanded to decarbonise transport and carbon capture and storage facilities should be widely and rapidly deployed.

Ditlev Engel, CEO of DNV GL Energy, said: “Our research shows that technology has the power to close the emissions gap and create a clean energy future. But time is against us. Those technology measures can only be successful if they are supported by extraordinary policy action.

“We are calling for government policies to expand and adapt power grids to accommodate the rise of renewables, economic stimulus for energy efficiency measures and regulatory reform to accelerate the electrification of transport. Governments, businesses and society as a whole need to change the prevailing mindset from ‘business-as-usual’ to ‘business-as-unusual’ to fast-track the energy transition.”