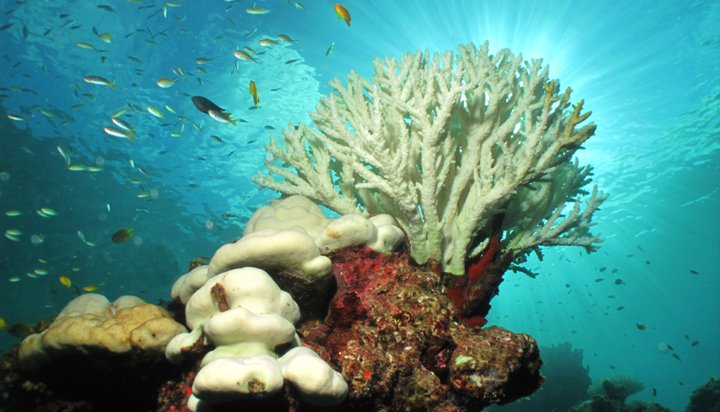 The iconic Great Barrier Reef is in “serious trouble”, as a result of bleaching damage brought about by climate change.

That’s the verdict from the Australian Government, which has officially downgraded its outlook for the health of the reef from ‘poor’ to ‘very poor’ after warming waters have wreaked damage to the World Heritage site.

The UN Environment Programme (UNEP) says bleaching occurs when hotter seas than usual cause corals to expel vital algae living in their tissues, leading to poor health and ultimately death.

The report notes the rate at which marine heatwaves are destroying corals is happening much more rapidly than previously thought, as warmer water results in corals attracting bacteria which speed up their breakdown.

UNEP Corals Expert Gabriel Grimsditch said: “The UNEP and partners have been monitoring the increasing severity of coral bleaching in recent years but this new discovery raises further concerns for these vital breeding grounds for fish and sources of great marine biodiversity.”