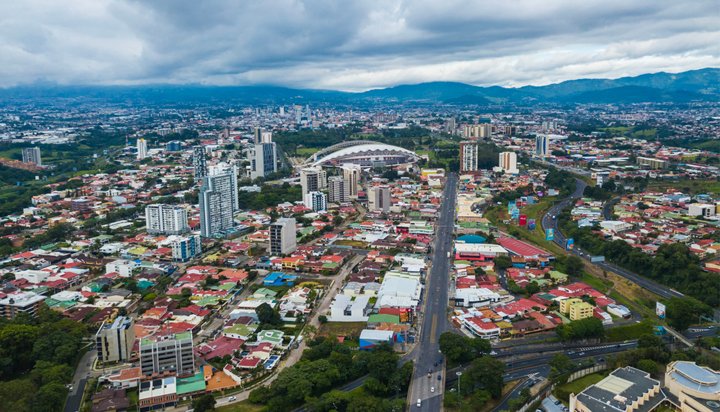 Costa Rica has been declared the winner of the 2019 Champions of the Earth award, the UN’s highest environmental honour.

The UN Environment Programme (UNEP) said it chose the Central American country for its role in the protection of nature and its commitment to ambitious policies to combat climate change.

It recognises Costa Rica as a world leader in sustainability, having drafted a detailed plan to achieve net zero emissions by 2050, in line with the Paris climate agreement and the UN’s Sustainable Development Goals, which it hopes provides a template for other nations to curb their emissions.

More than 98% of Costa Rica’s energy comes from renewable sources and forest cover stands at more than 53% after work to reverse decades of deforestation.

In 2017, the country was powered solely by renewable energy sources for a record 300 days and aims to achieve 100% renewable electricity by 2030.

Around 70% of all buses and taxis are also expected to be electric by 2030, with full electrification expected by 2050.

Carlos Alvarado Quesada, President of Costa Rica said: “Receiving the Champions of the Earth award on behalf of Costa Rica, its entire population, the past generations who protected the environment and future generations fills me with pride and emotion for what Costa Rica has achieved and for what we can continue to do because we can achieve even more. I feel very proud to be Costa Rican.

“About 50 years ago, the country began to advance a series of innovative environmental policies because the paradigm of sustainable development is very much in Costa Ricans’ DNA. The decarbonisation plan consists of maintaining an upward curve in terms of economic employment growth and at the same time generating a downward curve in the use of fossil fuels in order to stop polluting. How are we going to achieve that? Through clean public transport; smart and resilient cities; sound waste management; sustainable agriculture and improved logistics.”

The country is also stepping up to take a key role in international climate talks, co-leading the UN Climate Change Conference (COP25) in Santiago in December.

Chile is the formal head of the process but Costa Rica will play an important role in the drive to get countries to commit to more ambitious targets as well as host the preparatory meeting in October.

UNEP Executive Director Inger Andersen said: “Costa Rica has been a pioneer in the protection of peace and nature and sets an example for the region and for the world.

“Climate change demands urgent and transformative action from all of us. With its ambitious plans to decarbonise the economy, Costa Rica is rising to that challenge. Global emissions are reaching record levels and we must act now to move to cleaner, more resilient economies.”