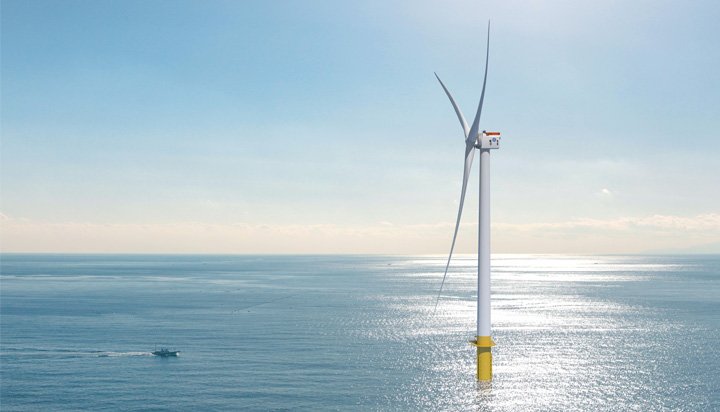 The largest turbines in the world are to be used by Dogger Bank Wind Farms, which is developing what will become the world’s biggest offshore wind farm upon completion.

The 50:50 joint venture between Equinor and SSE Renewables has appointed GE Renewable Energy to supply it with its Haliade-X turbine, claimed to be the longest in the world.

The 12MW offshore turbine blade is 107 metres long and is said to be bigger than nine London buses or the pitch at Wembley Stadium or the Statue of Liberty.

The Dogger Bank Wind Farms, located 130km off the Yorkshire coast, consist of three projects with a total capacity of up to 3.6GW – enough to power more than 4.5 million homes a year.

The projects, equivalent to around 5% of the UK’s estimated electricity generation, were successful in the government’s latest Contracts for Difference (CfD) scheme, which achieved record low prices for offshore wind.

Bjørn Ivar Bergemo, Dogger Bank Wind Farms Project Director said: “Our success in the CfD auction was due in large part to the relationships we have built with our supply chain, which enabled the lowest ever strike prices. The Haliade-X represents a step change in turbine technology and we look forward to working with GE Renewable Energy to maximise innovation and supply chain benefits for the UK.”

SSE Renewables will lead the development and construction phases of the projects while Equinor will lead on operations once completed.

The projects are expected to trigger around £9 billion of capital investment between 2020 and 2026 and first electricity generation is scheduled for 2023.