Changes in regulation and the increased focus on the net zero goal will inevitably mean some disruption; but it will also be a time of opportunity 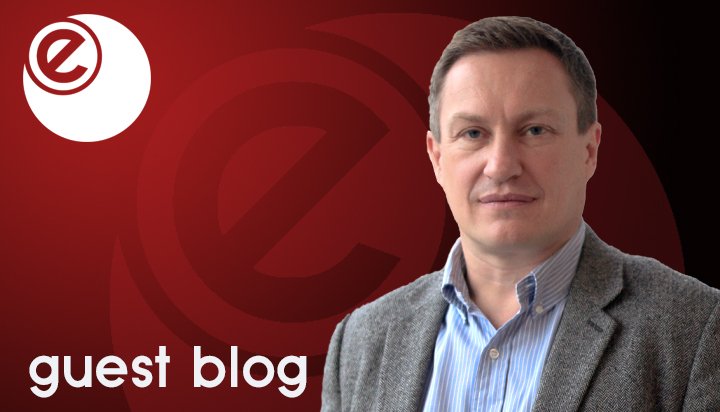 Opinions are divided on whether the Queen’s Speech this month did enough to tackle climate change.

Some felt that ambitious action was lacking, others have expressed more optimistic views; particularly about new legislation to evolve our energy sector and protect our waterways. To me, it feels right to be optimistic.

Change is happening – and if we all work together, the UK’s net zero goals should be within our reach. It’s going to be a challenging and transformative time for businesses, particularly for large I&C organisations with bigger energy requirements and complex operational needs. Changes in regulation and the increased focus on the net zero goal will inevitably mean some disruption; but it will also be a time of opportunity.

The trick will be staying informed and engaged as the transformation takes place. With this in mind, here’s a quick look at some of the issues and regulatory changes affecting I&C businesses right now:

BEIS has submitted its final report on the EDR pilot scheme, which aimed to test whether energy efficiency projects could compete for revenue in the Capacity Market (CM).

The pilot offered a financial incentive to organisations to deliver significant reductions in peak electricity demand, through lasting energy efficiency measures. While the pilot was successful in accelerating efficiency projects, several hurdles were identified. EDR was found to be administratively difficult for businesses, while remuneration was considered to be insufficient when weighed against complexity, metering issues and the risk of penalties. The weighted average prices in the pilot were more than £200/kW. This was the minimum price considered acceptable by participants and more than ten times higher than the average CM clearing price.

While EDR may not be viable in its current design, the report suggests it could be if the auction remained separate from the CM. Aggregators could also be the key to participation, by bidding in multiple organisations. If the government can make EDR work, it would provide crucial balance to our evolving energy system. It would also give businesses an opportunity to save costs while boosting their reputation through sustainability.

The deadline for the second compliance period of ESOS is 5th December 2019. The scheme runs every four years and is mandatory for businesses with over 250 employees and a turnover of more than £44.1 million, or an annual balance sheet of over £37.9 million. Businesses that meet the criteria must identify initiatives to reduce energy consumption.

There is no doubt that ESOS compliance is important  – but the audit itself is only half of the story. ESOS provides businesses with an opportunity to make significant cost savings. Implementing the findings of their ESOS audits and telling their efficiency story is also a brilliant way for businesses to boost Corporate Social Responsibility(CSR) credentials; something which is increasingly important to customers, stakeholders and supply chain partners.

From 2020, businesses also have a new reporting obligation under the SECR scheme.

SECR does not replace ESOS, although data collection processes used for ESOS can help to reduce the administrative burden of SECR. The new framework builds on existing requirements faced by businesses, such as greenhouse gas reporting, ESOS and the Climate Change Agreements scheme.

The aim of SECR is to widen the scope of carbon reporting and encourage energy efficiency in more organisations. It will require around 11,900 companies incorporated in the UK to disclose their energy and carbon emissions – a far greater number than were required to act under the Carbon Reduction Commitment (CRC). Qualifying companies will need to include SECR information in their Directors’ Report for financial years beginning on or after 1 April 2019.

As with ESOS, SECR can be treated in one of two ways: either as a time consuming regulatory box to tick, or as an opportunity to make savings and shout about sustainability. Value exists for businesses who prepare in time and build SECR into their energy strategy.

The impact of Brexit on energy legislation

Brexit will have far reaching operational consequences for businesses and one aspect they need to consider will be the way in which it affects energy and climate change policies. BEIS has published an overview of the impact Brexit can be expected to have, suggesting businesses concentrate on three areas: the European Union Emissions Trading System (EU ETS), which would no longer apply to the UK although some domestic arrangements will remain in place; cross-border energy trading arrangements, which will face disruption and require new rules; and Electricity Guarantees of Origin standards, where it is expected that UK issued certificates will no longer be recognised in the EU.

BEIS has also published proposals to levy a carbon tax of £16/tCO2 on emissions if there is no Brexit deal. This would apply from 4th November 2019 to all UK stationary installations currently participating in the EU ETs and would run until a replacement regime could be introduced.

It’s important to remember that the overriding intention behind new energy regulation is meeting our net zero requirements. These are uncertain times but our need to protect the planet is something which remains certain, whatever happens on October 31st. While some environmental and energy policy changes may initially create an additional strain for businesses, they should benefit us all in the long term, by helping us overcome the huge challenge of climate change.

Stay up to date on the latest industry changes, with our simple ‘no nonsense’ reports and guides. Find out more here.