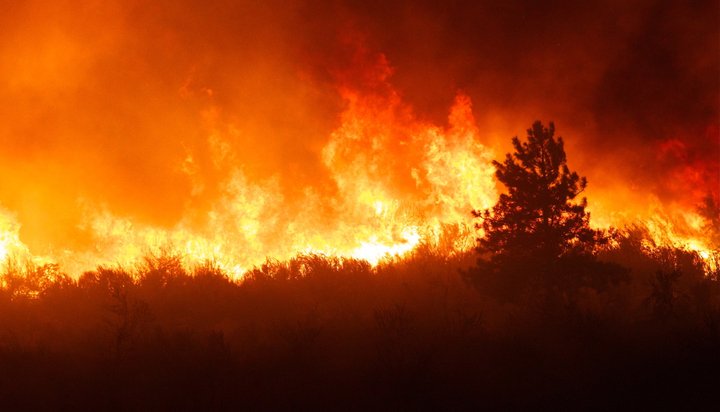 The governor’s office noted “unprecedented high-wind events” have driven the spread of fires across the state, which may have been started by faulty powerlines.

The Kincade Fire in Sonoma County has already burned more than 30,000 acres, torched hundreds of buildings and led to the evacuation of almost 200,000 people, while the Tick Fire in Southern California has also caused widespread damage and disruption.

Pacific Gas & Electric (PG&E) has initiated a safety power shutoff across the state to stop fires spreading and estimated the move would leave around 940,000 households and businesses without electricity,

In response, Governor Gavin Newsom has announced a $75 million (£58.45m) programme for state and local governments to mitigate impacts of power shutoffs.

Governor Newsom said: “We are deploying every resource available and are coordinating with numerous agencies as we continue to respond to these fires.

“It is critical that people in evacuation zones heed the warnings from officials and first responders and have the local and state resources they need as we fight these fires.”