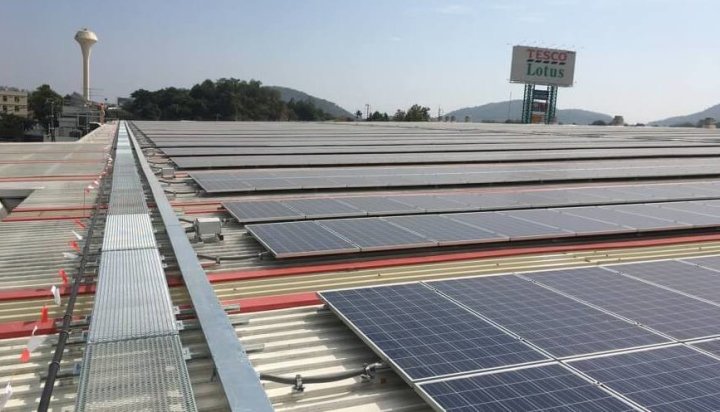 Tesco has teamed up with the Green Investment Group (GIG) to install solar panel systems at a number of the supermarket’s sites across the UK.

The project is part of Tesco’s efforts to generate 10% of its energy needs onsite by 2030 and use 100% green electricity during the same period.

Australia’s Macquarie-owned GIG will install, own, operate and maintain the solar power systems, with Tesco paying an agreed price for the generated electricity under power purchase agreements (PPAs).

Jason Tarry, Tesco UK and ROI CEO said: “Our supply chain and long term business sustainability depend on the health of the natural environment. Our customers and colleagues expect Tesco to play its part in caring for the planet. This project represents a major milestone in our journey to using 100% renewable energy by 2030.”

The first installations have now been completed by GIG.

“At a time when subsidies for solar PV are starting to come to an end in the UK and around the world, our team has continued its effort to deploy solar PV systems t help reduce carbon emissions as well as energy bills for our customers.”