The Sekdoom project has a total capacity of 14.5MW and is expected to generate enough electricity to power almost 4,000 households 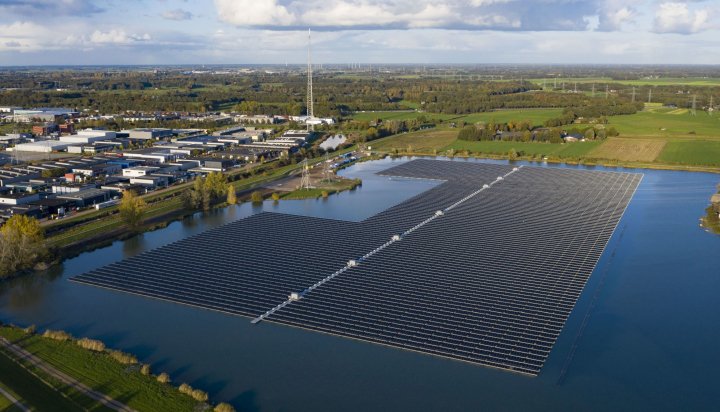 A floating solar farm claimed to be the biggest in the Netherlands has been switched on.

The Sekdoom project, located near the city of Zwolle, has a total capacity of 14.5MW and is expected to generate enough electricity to power almost 4,000 households.

The project is the former company’s third floating solar array – the 2MP Weperpolder project and the 8.4MW Tynaarlo plant.

Dr. Benedikt Ortmann, Global Head of Solar Projects said: “In only a few months we built 25MW of floating PV projects in the Netherlands, which made us one of the biggest floating solar developers in Europe.

“Those installations are an important extension to ground-mounted facilities and a smart contribution to improve the so called ‘double function’ applications for solar, such as AgriSolar, Carports, building integrated PV and rooftop PV. We are planning to add more than 100MW of floating PV next year just in Europe.”