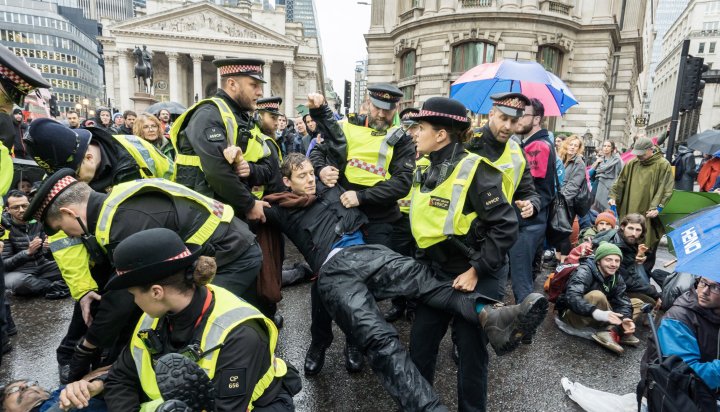 The move came after activists shut down large parts of Westminster and other areas of central London in 10 days of climate change protests, leading to the Metropolitan Police issuing a city-wide ban on 14th October under Section 14 of the Public Order Act.

The ban prevented two or more people from the group taking part in protests but High Court judges have now ruled the police had no power to do this because the law did not cover “separate assemblies”.

Despite the force having argued that the ban was the only way to tackle widespread disruption, the High Court said: “There are powers contained in the 1986 Act which might be lawfully used to control future protests which are deliberately designed to “take police resources to breaking point.”

“The operational policing decision to amend the conditions on the Extinction Rebellion ‘Autumn Uprising’ protest was made on Monday, 14 October. This decision was taken after much thought and followed more than a week of serious disruption to London which required a significant police response in challenging circumstances.”