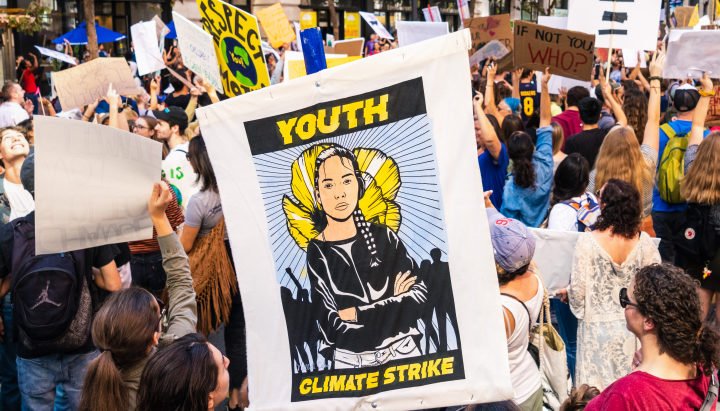 The phrase ‘climate strike’ made famous by Swedish environmentalist Greta Thunberg has been named 2019’s Word of the Year by Collins Dictionary.

It is a form of protest that took off just over a year ago and has grown to become a worldwide movement, which has seen school children go on strike to protest the lack of action on tackling climate change.

Collins Dictionary has defined it as “a form of protest in which people absent themselves from education or work in order to join demonstrations demanding action to counter climate change”.

‘Climate strike’ was initially registered in November 2015 when the first event to be so named took place to coincide with the UN Climate Change Conference in Paris but over the last year, it has been frequent in many of the world’s largest cities.

Collins’ lexicographers observed a 100-fold increase in its usage in 2019.

They add: “The word has seen a four-fold increase since 2013, with news stories and images such as those seen in the BBC’s Blue Planet II steeply raising public awareness of the issue.”