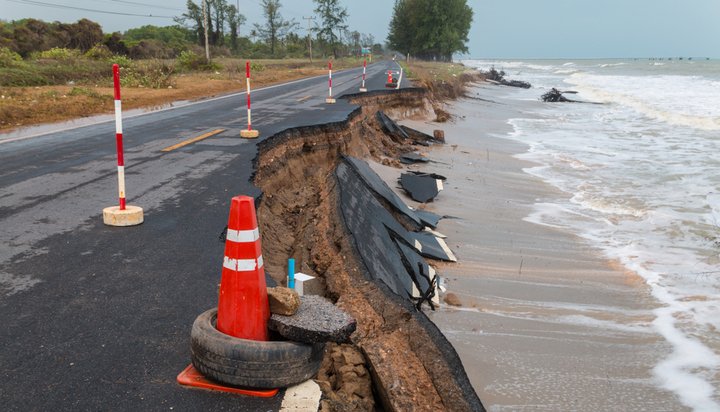 Global governments must prepare for sea level rises of as much as three metres by the end of the century.

That’s according to a new report from the Institution of Mechanical Engineers (IMechE), which suggests coastal flooding policies, strategy and investment decisions must anticipate sea level rises significantly greater than previously estimated.

The study forecasts a minimum sea level rise of one metre by 2100, with this figure almost certainly to be exceeded in many locations.

IMechE warns this will have “huge direct impacts” on coastal communities who are likely to experience more regular flooding of their homes and businesses.

It also highlights the rest of society will face indirect consequences as critical infrastructure such as roads, hospitals and power generation are impacted.

As many of the world’s biggest cities and their infrastructure are located at the edge of oceans, supplies of energy, food, medicines, goods and services are also likely to be put at risk.

Disconcertingly, the report notes there is currently little evidence that owners and operators of these assets, whether in the public or private sector, are aware of the risks posed or are adequately investing in ways to mitigate such dangers.

Dr Tim Fox, Report Author and Fellow of the IMechE, said: “There is emerging evidence that sea-levels could rise further and more rapidly than the most recent predictions from the Intergovernmental Panel on Climate Change.

“In light of this, it is essential that governments and the engineering profession consider this when designing and implementing national policies and strategies for adaptation to future coastal flooding.”