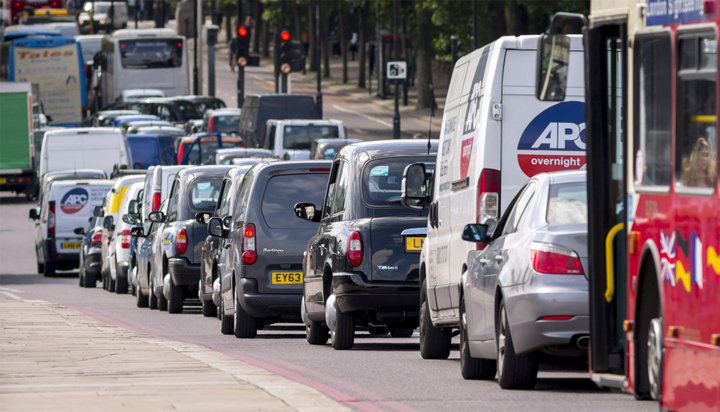 People living within 50 metres of a major road in the UK could be at an increasing risk of developing lung cancer by up to 10% as a result of air pollution.

That’s according to new research, which also warns poor air quality in busy roads stunts children’s lung growth by 14% in Oxford, 13% in London, 8% in Birmingham, 5% in Bristol and Liverpool, 4% in Southampton and 3% in Nottingham.

It suggests one third (33%) of Londoners – around three million people – are estimated to live near a busy road.

The research, which compared 13 different health outcomes across 13 cities in the UK and Poland, shows an increased risk of cardiac arrest, heart disease, stroke, lung cancer, bronchitis as well as reduced lung function in children.

That would also lead to 3,865 fewer cases of children with bronchitis symptoms every year in London, 328 in Birmingham, 134 in Nottingham, 94 in Bristol, 85 in Liverpool, 85 in Manchester, 69 in Southampton and 38 in Oxford.

The findings have been collated by King’s College London and released by a coalition of 15 health and environment NGOs, including ClientEarth, the British Lung Foundation and the UK Health Alliance on Climate Change which represents 650,000 health professionals in the UK.

The leading health professionals and parents are also warning of the “unsustainable burden on the NHS” as a result of air pollution.

They are urging all political parties to commit to adopting a legally binding target to meet World Health Organisation (WHO) guidelines for particulate matter pollution by 2030 and take steps immediately to reduce illegal air pollution across the UK.

The groups are also calling for the introduction of a national network of Clean Air Zones in the UK, citing London’s Ultra Low Emission Zone (ULEZ) having already had an impact on reducing air pollution since its introduction earlier this year.

Dr Sandy Robertson, Emergency Medicine Registrar at the Homerton University Hospital London and Council Member of the UK Health Alliance on Climate Change, said: “It’s clear to see the effect of air pollution on the demand for emergency care in A&E waiting rooms. This study from Kings College quantifies the staggering scale of that link.

“Children in London are 4.2% more likely to be hospitalised by asthma on days of high pollution – resulting in an extra 74 child admissions. Air pollution is not only an individual tragedy for those whose health suffers, it is also an unsustainable burden on our NHS. But we can make a difference. In the lead up to this General Election, it’s essential that all political parties commit to supporting a legally binding target to meet WHO air quality limits by 2030.”