Leader Nicola Sturgeon has demanded the UK matches Scotland’s climate ambitions, regardless of its position within the EU 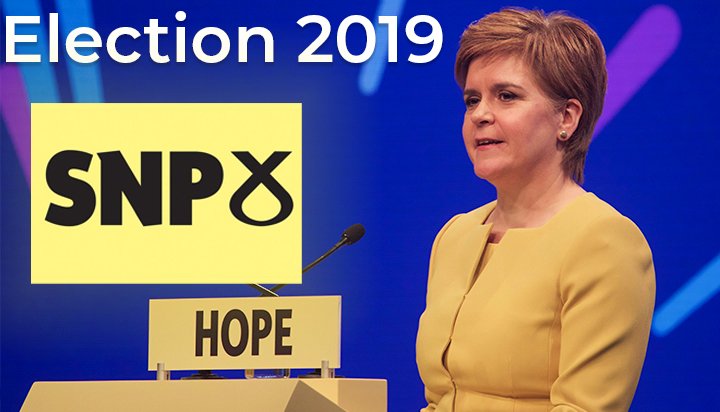 The Scottish National Party (SNP) has demanded the UK matches Scotland’s climate ambitions, regardless of its position within the EU.

Leader Nicola Sturgeon has published its manifesto, which stresses the UK must strive to meet its Paris Agreement responsibilities and stick to future EU emission standards.

It will propose a Green Energy Deal to ensure green energy schemes get the long-term certainty needed to support investment and that a UK Government “plays its part in delivering a Green New Deal for Scotland”.

It notes households across the UK spend around £30 billion on gas and electricity each year, an average of around £1,123 per home.

The SNP wants to reform the market for all consumers to make it work better for disengaged customers and would press for the introduction of an Ofgem database of people who have not switched suppliers, alongside a national free switching service encouraging people to get a cheaper deal.

It would also be open to consideration of new legislation to cap the most expensive tariffs, support legislation to put a duty on energy suppliers to use clear language in explaining deals and generally ensure customers are treated fairly.

The SNP says the current government’s “short-sighted approach” to tackling climate change and damage to the environment must end and promises to decarbonise the gas grid, oppose all new nuclear power plants and require all new homes to use renewable or low carbon heat from 2024.

It would also allow onshore wind and solar power to bid for ‘contracts for difference’ support and commits to “prevent the threat of Brexit being used by the UK to reduce commitments to tackle climate change”.

The party says it will also enable people to reduce their carbon footprint by reducing their own emissions using more public transport and living in greener homes.

It would do this by “taking bold action through investing in services, changing planning rules, decarbonising the railways and building better infrastructure”.

The manifesto commits it to invest more than £500 million in improved bus priority infrastructure, reduce emissions from Scotland’s railways to zero by 2035, pursue the UK Government to commit to improvements on the journey times between Scotland and London and help people with the cost of ultra-low emission
vehicles (ULEVs) by providing an additional £17 million for loan funding.

The SNP says if it wins the upcoming general election it would put the transition to net zero at the heart of the Scottish National Investment Bank’s work, unlock additional resource for emissions-reducing investment through a Green Growth Accelerator, bring to market a £3 billion portfolio of clean projects and work towards a target of 60 million trees planted annually in the UK by 2025.

The SNP stresses it would seek to decarbonise while tackling inequality and poverty while promoting a fair and inclusive jobs market.

It notes its next steps would include supporting Scotland’s people to gain the skills they need, as well as calling for oil and gas revenues, which it suggests will be worth £8.5 billion over the next five years, to be put to work in building the transition to a greener, sustainable future as part of a net zero fund.