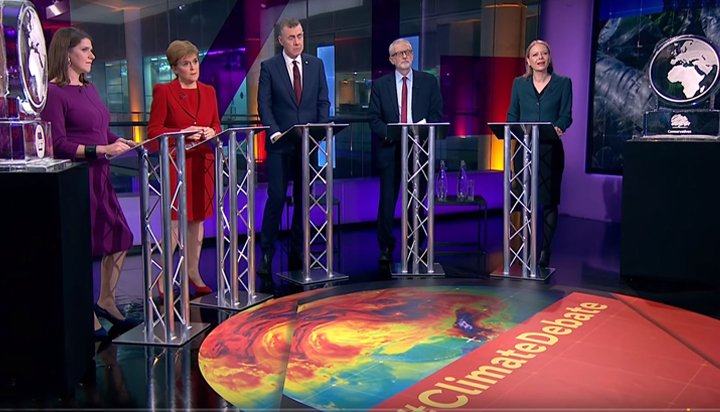 Prime Minister Boris Johnson was replaced with an ice sculpture at the leaders’ election debate on climate change last night after he failed to show up.

Former Environment Secretary Michael Gove offered to take his place but Channel 4, which hosted the debate, said the invitation was only for leaders of political parties.

Tonight I went to Channel 4 to talk about climate change but Jeremy Corbyn and Nicola Sturgeon refused to debate a Conservative #climatedebate pic.twitter.com/NY1dQOzCgN

The Conservative Party has complained to Ofcom’s Election Committee, accusing the broadcaster of breaking its duty to be impartial.

The Editor of Channel 4 tweeted a photograph of Mr Gove and Mr Johnson trying to “argue their way on to the programme”.

Ben de Pear tweeted: “In a last ditch attempt ⁦@BorisJohnson has sent his two wing men best friend ⁦@michaelgove and dad Stanley Johnson to argue their way into a programme intended only for leaders. they were lovely and charming but neither are the leader #climatedebate.”

An ice sculpture was also placed to replace Brexit Party Leader Nigel Farage after he declined to attend too.

Tune in at 7pm on 4 and here on Twitter: https://t.co/GXl7XiFbgA pic.twitter.com/niPE5MLdGV

The energy and climate policies set out by the political parties if they win the general election are as follows: