It sets out the Green New Deal which aims to generate electricity from the wind, sun and waves, make homes and buildings warmer and roll out electric vehicles 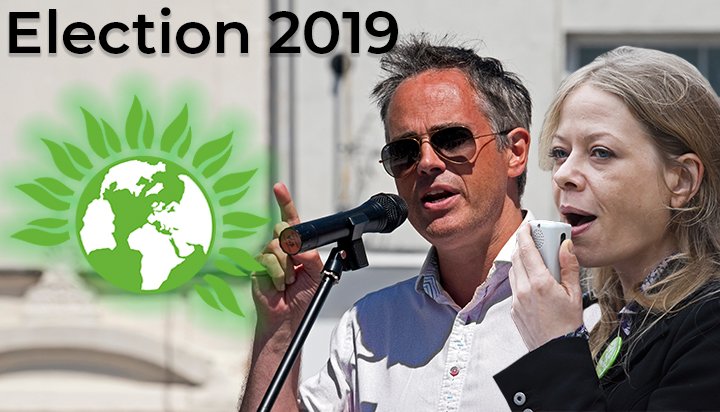 The Green Party has pledged to “look after our planet so all life can do well” while reducing pollution and recycling if it wins the general election.

Co-leaders Jonathan Bartley and Sian Berry launched the party’s manifesto, which sets out the Green New Deal to tackle the issues by 2030 by generating electricity from the wind, sun and waves, making homes and buildings warmer so less is spent on heating and having electric vehicles (EVs) and public transport.

The manifesto states: “We know these are dark days. The threat of Brexit hangs over us and our democracy is under attack.

“Above all, the climate and environmental emergency rages from the Amazon to the Arctic. The science is clear – the next 10 years are probably the most important in our history.

“We want to unleash a revolution that lifts up everyone. Our plan for a Green New Deal, and four related programmes of reform, will transform the UK and improve the quality of everyone’s lives by creating a safer, fairer future for all.”

The party has pledged to fund improvements in the sector, including the replacement of fossil fuels with renewable energy, including solar, wind and tidal power.

it will enable communities to develop their own renewable energy projects, introduce new support and incentives to directly accelerate wind energy development, paving the way for the renewable source to provide around 70% of the UK’s electricity by 2030, while transforming the planning system to support it.

It will also introduce new support for solar, geothermal, tidal and hydropower to provide much of the remainder of the nation’s energy supply and work with the Crown Estate to open up more coastal water for offshore wind and marine energy.

The long term profits from these energy assets will go to the UK Government rather than energy companies.

The Green Party will also remove subsidies for oil and gas and apply a carbon tax on all fossil fuel imports and domestic extraction, based on greenhouse gas emissions produced when fuel is burnt.

The carbon tax rate will be progressively raised over a decade, rendering coal, oil and gas financially unviable “as cheaper renewable energies rise up to take their place”.

It will deploy demand side management and significantly expand and improve the efficiency of the electricity grid, doubling its capacity so it can distribute the increased electricity the UK need as it transitions away from fossil fuels.

The short term capacity for energy storage will be expanded so electricity from peak periods of renewable generation can be effectively stored, using solutions such as solar batteries, storage as heat in hot water cylinders and thermal stores and smart control of vehicle battery charging.

It will prohibit the construction of nuclear power stations as the party believes nuclear is a “distraction” from developing renewable energy, “carries an unacceptable risk” for the communities living close to nuclear power plants and creates “unmanageable quantities of radioactive waste”.

Greater energy efficiency will be encouraged across the economy, including by providing training for businesses and public bodies, emphasising the need for behavioural change, with small firms and co-ops to receive the training for free.

Fracking and other unconventional forms of fossil fuel extraction will be banned.

The insulation of every home in the UK will be improved by 2030 and ensured all new and renovated homes meet the highest possible standards and meet social needs.

Local authorities will be empowered to bring empty homes back into use and create a total of 100,000 new homes for social rent a year, build to the standard that will them use 90% less energy for space heating than the average home, significantly reducing household bills.

Energy efficiency and eliminating fuel poverty will be made a national infrastructure priority and heating bills will be significantly reduced by upgrading one million existing homes and other buildings a year so they reach the highest standard of energy efficiency.

There will be a “deep retrofitting” of 10 million homes by 2030, on top of the insulation improvements, by 2030, with those lived in by people on low incomes will receiving the major improvements initially.

Solar panels and other domestic renewable energy generation will be rolled out, giving one million households a year the means to generate a proportion of their energy use, aiming for 10 million homes by 2030.

Natural gas for heating homes will be reduced by replacing polluting boilers with renewable heat from heat pumps, solar thermal, geothermal, biomass and stored heat technologies, in addition to deploying heat networks to individual buildings in a district or neighbourhood.

The party also aims to ensure all eight million rented homes are A rated for energy efficiency “or as close to this as possible” by implementing a Minimum Energy Efficiency Standard to raise the minimum level allowed from the current E rating to A rating by 2030.

The Green Party says it will “revolutionise” the transport system by ending the UK’s dependence on carbon and investing in affordable trains, electric buses and trams and better options for cycling and walking.

A government-owned rolling stock company will be created, which will invest in a fleet of new electric trains to run on newly electrified lines and all railways will be brought into public ownership over 10 years.

A carbon tax will be applied on all fossil fuels, which will increase the cost of petrol, diesel and shipping fuel, as well as aviation fuel for domestic flights, which will also lose their VAT exemption and there will be an additional surcharge on domestic aviation fuel.

Adverts for flights will be banned and a Frequent Flyer Levy will be introduced to reduce the impact of the 15% of people who take 70% of flights.

The sale of new petrol and diesel vehicles will also be banned by 2030 and those transitioning towards greener vehicles will be incentivised, with the creation of a network of electric vehicle (EV) charging points.

New clean technology standards will be set and investments will be made in research and development to help industry to meet them and create new job opportunities, in addition to providing businesses with grants to replace old, high-emitting carbon equipment with newly developed low carbon alternatives.

It will also prepare for the “rapid decommissioning” of North Sea oil rigs and the phasing out of the UK’s remaining coal plants and mines and reduce the emission of polluting fluorinated gases, used in fridges, air conditioners and aerosols, in all manufactured goods by implementing the Committee on Climate Change recommendations.

The necessary infrastructure to enable large corporations and individuals to recycle close to 100% of the items they use will be developed and manufacturers will be required to offer 10-year warranties on white goods, to encourage repair and reuse, as well as only produce the most energy efficient white goods, TVs, lighting and electric cookers.

The party will also start deploying a carbon capture and storage (CCS) system that can deal with CO2 emissions from the manufacture of iron, steel and cement.