Science-based vs net-zero targets for businesses 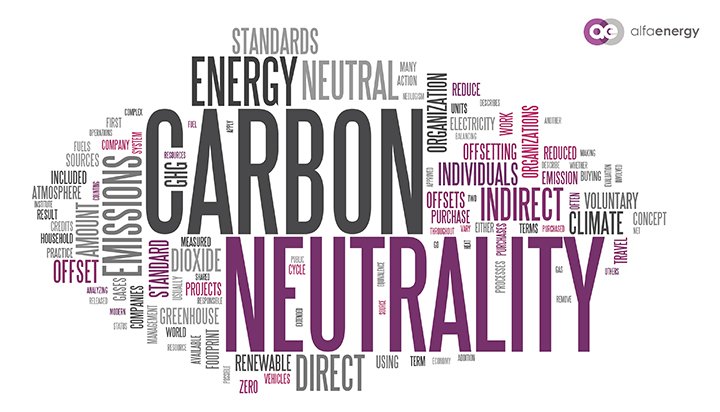 Net-zero carbon has become a buzzword for sustainability in energy. The following article sets the foundations for the contrast with science-based targets and the podcast explains how combined, companies are gaining a more profound understanding of their business than ever before.

In May 2019, the UK government set a net-zero emissions target for 2050. It was the first government to set a net-zero target and is currently grappling with how to reach it. In contrast, businesses have for years been setting similar targets. Pressure exists through government regulation and corporate social responsibility. Increasingly, companies face pressure from their stakeholders and investors to have environmental targets. Customers demand environmental targets from the companies they purchase from. There are several ways businesses can set these targets. Two are science-based targets and net-zero targets. This article seeks to explain what each is, how they are set, their advantages and disadvantages, and which may be best for businesses to adopt.

Science-based targets (SBTs) are ones which align with climate science. They are rooted in the Paris Agreement. This is the (nearly) global consensus on which climate policy is today based: that global heating should be limited to 2°C to avoid the worst effects of climate change. SBTs represent corporate action which is compatible with the imperatives issued by the highest authorities on climate change.

SBTs are accepted and validated by the Science-Based Targets initiative (SBTi). Once validated, SBTs are released into the public domain by the SBTi for promotion. At the time of writing, 373 companies have committed to set an SBT, and 250 have had their targets validated. The pace at which they are being set is increasing. A sample of 28 of the over 600 companies with either planned or validated targets has a combined market cap of over $1.3 trillion.

There are two main methods through which SBTs can be set: the sectoral decarbonisation approach (SDA) and the absolute-based approach. Each uses different guidelines to judge whether a target is compatible with a 2°C world.

The SDA uses the International Energy Agency (IEA) 2°C scenario (2DS) which characterises decarbonisation pathways for different sectors to aid in setting targets. It is useful for non-diversified businesses occupying a homogeneous sector. An example of a validated SDA SBT is the one set by Ørsted. The group committed to reduce its Scope 1 (direct) and 2 (upstream electricity) emissions 98% per kWh by 2025 from a 2006 base year. It also committed to reduce Scope 3 (indirect) GHG emissions 50% by 2032 from a 2018 base year.

The absolute-based approach outlines minimum percentages in absolute emissions reductions. This is also known as a carbon budget. It uses guidelines from the IPCC Fifth Assessment Report RCP2.6 subcategory rather than the IEA 2DS to judge 2°C compatibility and requires a 49% to 72% absolute emissions reduction by 2050 from 2010 levels. An absolute-based approach might be chosen by a diversified company that does not find a niche for itself within the 2DS scenario modelling used by the IEA. An example of a validated absolute-based SBT is Mars’ target to reduce its value chain emissions 27% by 2025 and 67% by 2050 from 2015 levels.

Net-zero targets also do not specify the rate of net decarbonisation. It may be that high net emissions exist until shortly before the target date, before which steep decarbonisation occurs. This could imply higher net emissions than permitted in the carbon budget of an equivalent SBT. In other words, net-zero targets are not necessarily compatible with a 2°C world. There is also no established authority for evaluating them.

The appeal of net-zero targets is in their apparent simplicity and their permitted use of offsetting. They are simple to communicate, in contrast with SBTs. When consistent with climate science, they are compatible with a 2°C world. Organisations like the Net Zero By 2050 Team (a leadership group of CEOs and their companies) and We Mean Business exist to promote ambitious net-zero targets.

What you will learn:

To stay current, you can subscribe to our regular market intelligence reports and briefings here.