Toyota unveils plans for ‘prototype city of the future’ in Japan 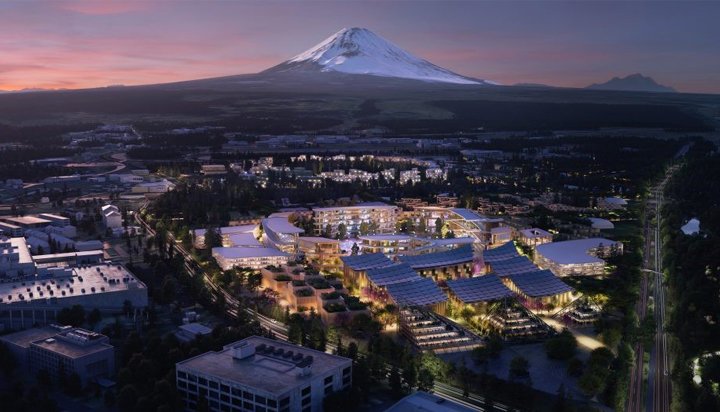 Toyota has unveiled plans to transform a 175-acre site in Japan into a “prototype city of the future” powered by hydrogen fuel cells and solar panels.

Dubbed ‘Woven City’, it would be home to full-time residents and researchers who are able to test and develop technologies of the future such as autonomous vehicles, smart home technology, innovative street design and robotics, in a real-world environment.

The automotive giant envisions the site, located at the base of Mount Fuji and designed by Danish architect Bjarke Ingels, as a “living laboratory”.

The city is planned to be fully sustainable, with buildings made mostly out of wood using traditional Japanese joinery and robotised production methods, to reduce the carbon footprint.

Solar panels will be installed on the roofs to generate renewable energy, in addition to using hydrogen fuel cells and weaving in the natural world throughout the city with native vegetation and hydroponics.

Only fully autonomous, zero-emission vehicles will be allowed to move residents around, with Toyota e-Palette vehicles used for transport and deliveries.

The plan is to start with 2,000 people and increase the number as the city evolves, with ground-breaking for the site scheduled for early 2021.

Akio Toyoda, Toyota Motor Corporation President said: “Building a complete city from the ground up, even on a small scale like this, is a unique opportunity to develop future technologies, including a digital operating system for the infrastructure.

“With people, buildings and vehicles all connected and communicating with each other through data and sensors, we will be able to test connected AI technology, in both the virtual and physical realms, maximising its potential.”