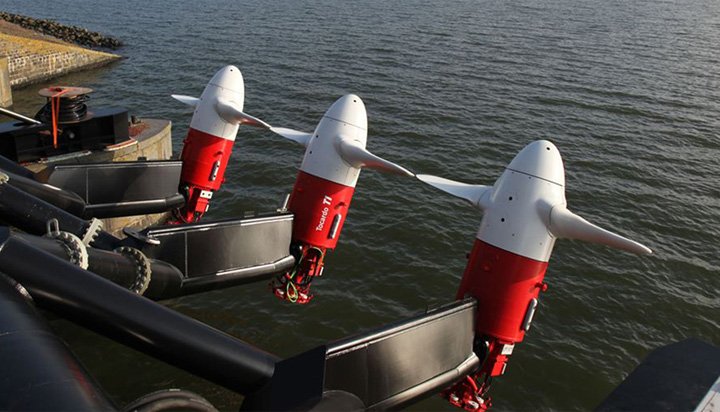 The two companies have teamed up to buy Tocardo Tidal Power, with the new joint venture aiming to providing an end-to-end service with multiple models, foundation systems and marine operation as well as on design, support and service expertise.

Tocardo’s technology development started in 1999, in co-operation with the Energy Research Centre of the Netherlands and various Dutch engineering companies, with the first prototype launched in 2005.

It is claimed to have an unbeaten track record of continuous tidal power production for nine years in a row – the company currently has nine turbines in continual operation and 21 patents in place.

The joint venture aims to finesse the tried and tested turbine and foundation technologies and develop them at a larger scale while driving down costs, particularly in terms of the levelised cost of energy of tidal power.

Richard Parkinson, CEO of HydroWing said: “This bigger, long term, end to end vision is quite unique in that it brings an unrivalled pool of expertise and collaboration across European tidal energy. The new joint venture is committed to expand and will be introducing their combined technologies in new projects starting in 2020.”