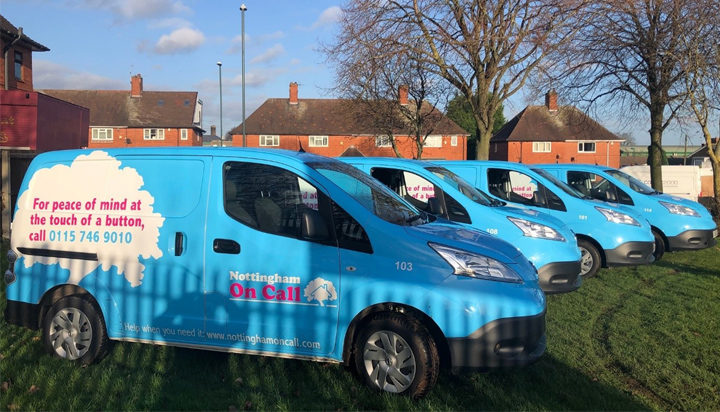 Nottingham City Homes has launched its first ever green fleet, with the introduction of 10 new electric vehicles (EVs).

Six EVs will replace the organisation’s current fleet of petrol pool cars and four vans will also replace existing petrol vehicles that are used to answer distress calls from customers.

The project, which cost a total of £96,000, has been funded by a grant provided by the UK Government as well as additional funding from Nottingham City Council, which has also provided funding for the installation of charging points at the offices in Bilborough.

It is part of Nottingham City Homes’ ambition to switch its entire fleet to EVs and reduce the use of fossil fuels “as much as possible” by embracing new technologies.

Chief Executive Nick Murphy said: “We will be keeping an eye on how electric vehicle technology progresses and seeking to embrace any further funding opportunities. We fully support Nottingham City Council’s ambition to be carbon neutral by 2028 and we will continue to work with the council to realise that ambition.”