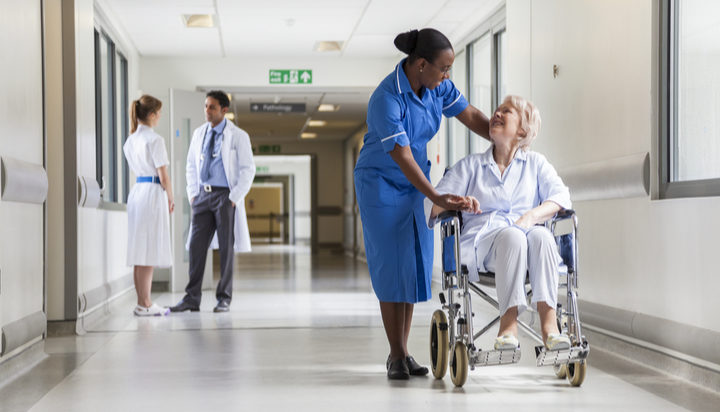 The NHS has announced it is to step up action to tackle the climate emergency and drive towards reaching the national target of reaching net zero by 2050.

NHS Chief Sir Simon Stevens announced the organisation and its staff will fight the climate “health emergency” and in doing so, reduce rates of heart attacks, strokes and asthma, ease pressure on emergency departments and save tens of thousands of lives.

The health and care system in England is currently responsible for between 4% and 5% of the country’s total carbon footprint and the NHS itself notes climate change and harmful air pollution are inextricably linked.

It has announced plans to establish an expert panel to chart a practical route map to net zero and plans to become the world’s first major health service to do so.

It will also look at changes it can make in its own activities, in its supply chain and through wider partnerships, as well as in terms of its medical devices, consumables and pharmaceutical supply – it says it has encouraged its staff to drive to work less and bring in reusable cups and bottles and notes it has committed to switch to more environmentally-friendly anaesthetic gases and reduce emissions generated from its buildings.

By sourcing more energy from renewable generators, it also hopes to play a part in cleaning up the national power mix.

NHS Chief Executive Sir Simon Stevens said: “With almost 700 people dying potentially avoidable deaths due to air pollution every week we are facing a health emergency as well as a climate emergency.

“Patients and the public rightly want the NHS to deliver for them today and to help safeguard the future health of our children and grandchildren.”