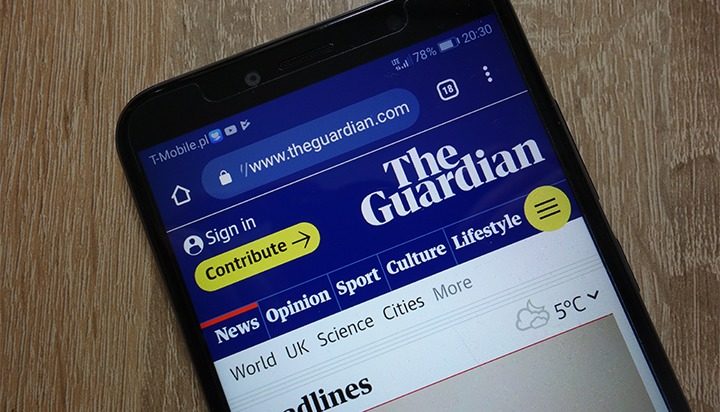 The Guardian has pledged to no longer accept advertising from oil and gas companies.

The commitment is part of the organisation’s efforts to tackle climate change and supports its goal to reduce emissions to net zero by 2030.

It said fossil fuel-related investments currently represent less than 1% of its total funds and claims many of the fund managers with whom it works say they have created greener investment funds as a result of that decision.

Anna Bateson, Acting Chief Executive and Hamish Nicklin, Chief Revenue Officer, added in a joint statement: “We have decided that we will no longer accept advertising from fossil fuel extractive companies on any of the Guardian’s websites and apps, not in the Guardian, Observer and Guardian Weekly in print. Our decision is based on the decades-long efforts by many in that industry to prevent meaningful climate action by governments around the world.

“Of course we know some readers would like us to go further, banning ads for any product with a significant carbon footprint, such as cars or holidays. Stopping those ads would be a severe financial blow and might force us to make significant cuts to Guardian and Observer journalism around the world.”

Senior Climate Campaigner Mel Evans said: “This is a watershed moment and the Guardian must be applauded for this bold move to end the legitimacy of fossil fuels. Oil and gas firms now find themselves alongside tobacco companies as businesses that threaten the health and well-being of everyone on this planet.