Public Gas Corporation of Greece said the vessel will have a capacity of 3,000 cubic metres of LNG 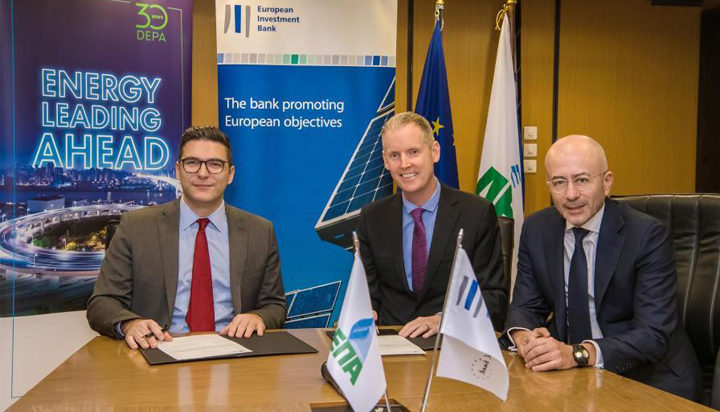 The European Investment Bank (EIB) has agreed a loan of up to €20 million (£17m) for the construction of a new liquefied natural gas (LNG) bunkering vessel for maritime use in Greece.

Public Gas Corporation of Greece (DEPA) signed an agreement with the EIB for the vessel, which will have a capacity of 3,000 cubic metres of LNG.

It is said to be the first of its kind in Greece and the Eastern Mediterranean and will be supplied with LNG at Revithoussa LNG terminal, refuelling ships both in Piraeus and other ports in Greece and the wider region.

The organisations say this supports the shift towards green shipping with more environmentally friendly fuels.

Ioannis Papadopoulos, President of the Board of Directors of DEPA said: “The new financing from the EIB, the largest investment arm of Europe, is yet one more vote of confidence to the growth prospects of the Greek economy and confirms the significant improvement of the investment climate. It comes in support of a crucial investment in the area of natural gas, which is at the centre of global developments, and contributes to the transformation of Greece into a regional hub.

“Furthermore, this is a ‘green’ investment, which paves the way for ‘cleaner’ and more competitive maritime transport in the eastern Mediterranean, contributing to the reduction of the country’s environmental footprint, in accordance with the ambitious targets set by the new National Plan for Energy and Climate.”