In addition, 44GW of wind power projects, representing more than $62bn in investment, are either under construction or in advanced development 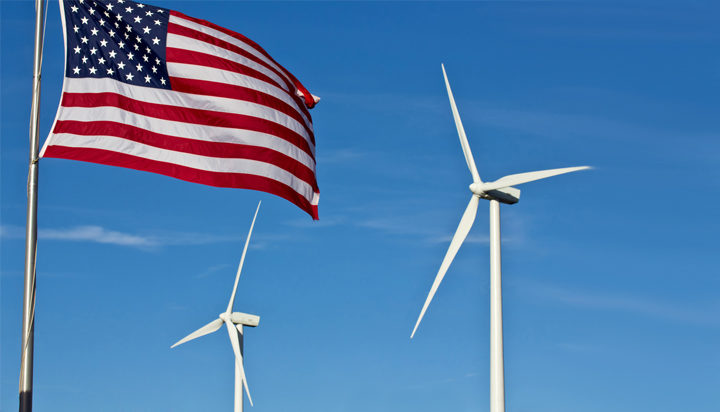 The wind industry in the US experienced its third strongest year on record, with more than 9GW of capacity added to the grid last year.

In addition, 44,GW of wind power projects, representing more than $62 billion (£47m) in investment, are either under construction or in advanced development.

Utilities represented 60% of power purchase activity for the year at a total of 5.2GW, with Northern Indiana Public Service Company, Walmart and AT&T the top three buyers.

Corporate buyers accounted for 40% of annual wind energy contracts last year, with a total of 3.6GW.

In the fourth quarter, 2GW of wind contracts were announced, with six companies signing PPAs for the first time, including oil and gas firm Baker Hughes, Estée Lauder and McDonald’s.

The fourth quarter of 2019 saw significant growth as developers installed 35 new wind projects with a total capacity of 5.47GW in 16 states, with Texas leading the installations.

AWEA CEO Tom Kiernan said: “The demand and growth of US wind energy can’t be understated. Today, there are nearly 60,000 wind turbines spinning across 41 states powering the equivalent of over 32 million American homes.

“Demand for wind energy is greater than ever as evidenced by corporations and utilities signing contracts in record numbers.  Nearly 200 projects are underway in 33 states from the wind belt in America’s heartland to the booming offshore wind market, where visionary leaders are leveraging the affordable, clean energy that wind provides.”