In a letter to Boris Johnson, Claire O’Neill has criticised what she perceives as slow progress on bringing down emissions 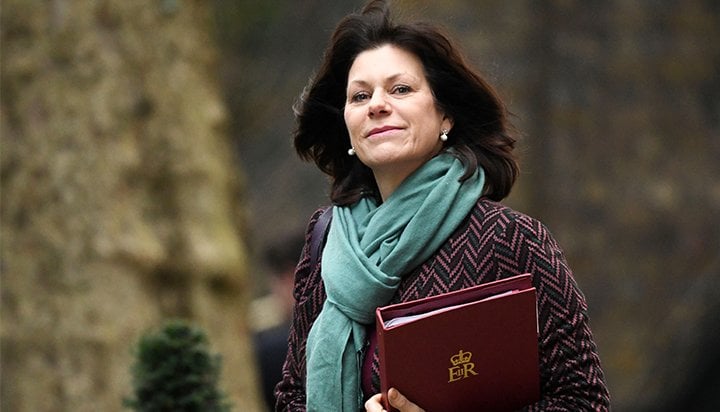 In a letter written to the Prime Minister, sacked COP President Claire O’Neill has claimed the UK is “miles off track” on tackling climate change.

The former energy minister was told on Friday she would no longer lead the UN climate talks taking place in Glasgow during November 2020 – on Monday, she responded by penning a letter to Boris Johnson, in which she criticised what she perceives as slow progress on bringing down emissions and too much time spent on unimportant, non-climate related issues

She said: “We are almost out of time to win the battle against climate change and start the process of climate recovery.

“Global scientists are clear that unless we break this trend now and start sustained reduction in global emissions with a clear net zero landing zone by 2050 or shortly afterwards, we will be dealing with unprecedented climate conditions and vast economic and human consequences within decades, not centuries.”

In the letter, she stresses that the current format of the global COP talks needed to be “re-energised and focused” on important issues, instead of wasting time on “endless rows over agendas, ongoing unresolved splits over who should pay and insufficient attention and funding for adaptation and resilience”.

Ms O’Neill said the Cabinet subcommittee on climate change that Boris Johnson had promised to bring together had not met even once and made reference to an ‘absence of leadership’ from the Prime Minister.

The letter reads: “In my judgement, this isn’t a pretty place to be and we owe the world a lot better. We must move on from Whitehall knot-tying, infighting and obfuscation, petty political squabbles and black ops briefings to real sustained engagement, maximum global ambition, open-hearted international cooperation, joined-up action and alliance building.

“To do that will require a whole of government reset and for your team to move the vast and immediate challenge of climate recovery to the top of the Premier League of their priorities from where it is now – stuck currently somewhere around the middle of League One.”