A property in West Malling, Kent was connected by British Gas, said Smart DCC, the organisation running the national roll out.

SMETS2 meters are fully interoperable and continue to work even if you switch energy supplier. Smart DCC says take up of these newer meters is proving much more popular with a 13-fold increase in 2019.

Bolsover in Derbyshire, is one of the most popular locations for installing meters with nearly a quarter of all households now posessing one. The East Midlands in general is an area with the most number of installations nationwide. 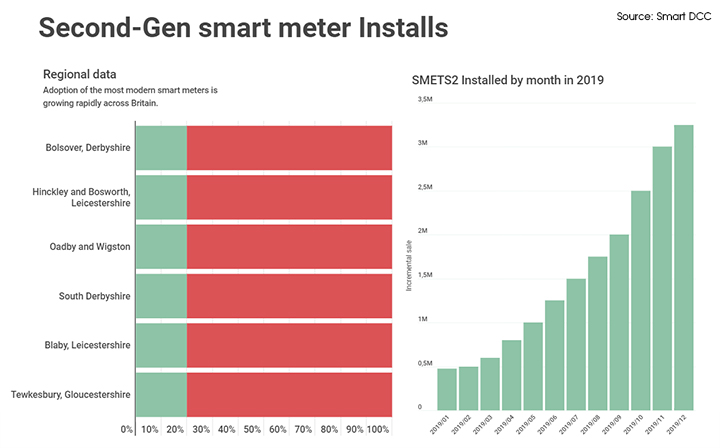 He said: “We connected the millionth smart meter in May 2019, and since then we’ve quadrupled the number. This milestone reflects the efforts of all involved in the roll-out, including the energy companies and network operators, and those working with us to deliver and operate the network.

“The progress we’re seeing is also a sign of consumers across Britain making a conscious decision to make their household greener. Our network is a platform for good, and the data flowing across it is paving the way for better use of renewable energy. We believe in making Britain more connected so we can all lead smarter, greener lives.”

Smart DCC claims more second-generation smart meters are being installed each week than the total number of red phone boxes ever installed in Britain.

The UK Government recently extended the smart roll out target from 2020 to 2024.