Wind could generate 20% of US electricity within a decade

Offshore wind energy to eliminate 825 million metric tonnes of CO2 and become ‘a major source of the entire U.S electricity supply by 2030’ 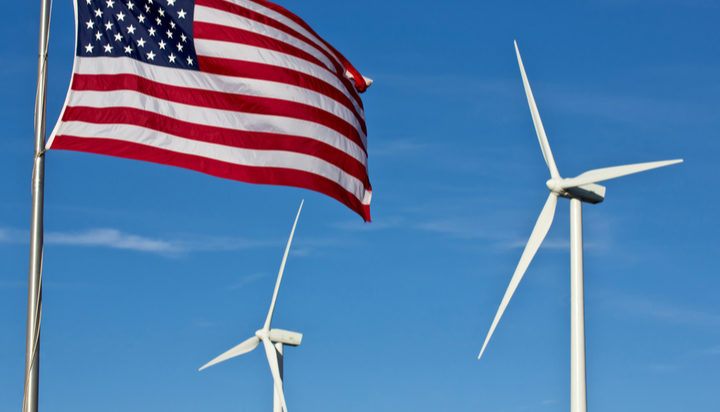 The U.S. could generate 20% of its electricity from wind within 10 years, according to research from Cornell University.

Called the “20% Wind Scenario,” as outlined by the U.S. Department of Energy’s National Renewable Energy Laboratory (NREL), it says generating 20% of U.S. electricity from wind, could eliminate approximately 825 million metric tons of carbon dioxide emissions in the electrical energy sector by 2030.

Sara C. Pryor, Professor in the Department of Earth and Atmospheric Sciences at Cornell said: “The United States currently produces about 7% of its electricity from wind energy.

“A quadrupling of the installed capacity of wind turbines from 2014 levels, will allow us to attain the goal of 20% of electricity from the wind, without requiring additional land.”

The research is based on scenarios for how wind energy can expand from current levels to one-fifth of the entire U.S. electricity supply by 2030.

The U.S. currently uses around 310 to 320 terawatt hours of electricity each month – generated from coal, natural gas, nuclear and renewable energy power plants.