Is your out of hours energy usage costing you the earth?

Three steps to a successful out of hours energy management programme. 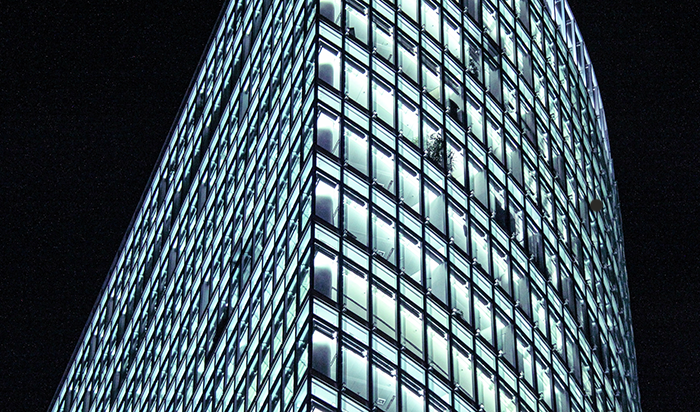 When looking for energy savings opportunities, it makes sense that the biggest wins will be in increasing efficiency during the times when your buildings are open for business and consuming the most energy. However, a comprehensive out-of-hours energy programme could reveal some big surprises and more importantly some significant cost and carbon savings.

In the following three steps, we will see how one of our corporate clients managed to achieve significant wins for their energy and carbon reduction targets by tackling their out of hours energy usage. Most importantly, all this was done by optimising existing tools and systems and therefore gaining them significant cost savings for minimum financial investment.

An analysis was undertaken of the company’s twenty-four offices. Desk-based assessment of the half-hourly metering data enabled us to build a picture of each building’s energy usage in and outside of operating times.

The analysis revealed huge variance across the sites and that out of hours consumption made up anywhere between 10% and 50% of the total consumption of a building. This means that potentially up to half of the energy being used was outside of operating times.

The next step for this client was to gain an accurate view of occupying times across all the buildings. This should usually be more granular than simply focusing on when the building officially opens and closes.

Previously, there had been no master source of building occupying times that key stakeholders could review. All knowledge was held locally by individual site teams. The client created a master source by assessing occupying times across specific zones of each building. To put this into perspective, this organisation’s buildings had anywhere between two and two hundred separate zones. This provided an accurate picture of occupancy and by extension, the energy requirement.

This was then reviewed against the Building Management System (BMS) which controls all the buildings services in each zone.

The process revealed huge differences between the actual occupancy times of specific zones and the occupancy times programmed into the BMS system. It was also clear that the control systems were not being fully utilised and there was a lack of processes and ownership.

This also shed light on some major energy inefficiencies in the systems. For example, it was discovered that in many zones the heating and cooling systems were competing against each other which was resulting in large amounts of unnecessary energy usage in and out of operational times not to mention an increasing number of complaints about temperature to the help desks. Two sites were also being fully operated at the weekends to service just three weekend staff members.

In short, huge opportunities for system optimisation were discovered!

Step 3: Update the system and processes

The next step in this process was working with the BMS bureau service to update the system on a zone by zone basis across each of the sites to ensure only the energy required is being used and that utilities are being shut down at the appropriate times to shave off unnecessary usage.

At this point, it was key to consider climate control settings and add top and bottom ranges that ensure the comfort of staff without the wastage. We also recommended the implementation of a “deadband” of 2 degrees. Heating was set to a maximum of 22 degrees centigrade and cooling would kick in at 24 degrees. This ensures that heating and cooling systems do not compete, and that no energy is used when the zones are at optimal comfort temperatures.

Once the system was programmed, it was important to ensure that these optimal settings were preserved by putting in place clear processes and assigning ownership. Those responsible should understand the importance of the optimal settings and prevent unauthorised changes that might reverse all the hard work. A key step in this company’s process was ensuring that all long term occupancy or temperature change requests went through the BMS bureau service, ensuring that they held the central record for the building requirements, there was not single points of failure at site level and all key stakeholders had the visibility of building requirements as needed.

The benefits of out of hours energy management

The programme saved our client approximately £330,000 in energy costs. This amounted to an average of £14,000 saved on out-of-hours energy consumption per building per annum. All this was achieved through the optimisation of existing systems and collaboration with their existing suppliers.

There were also wins in terms of staff comfort levels. Our client experienced a rise in the number of zones classified as “good comfort” (from 3000 zones, up to 3,700). This meant less complaints about temperature issues which ultimately is more likely to result in a happy and productive workforce.

Any energy savings also amount to carbon emissions savings which is great for emissions reduction targets, carbon and energy reporting (both mandatory and voluntary) and of course contributes to the transition to net zero and saving the earth.

EcoAct is a privately held international sustainability consultancy and project developer, headquartered in Paris, with 120 employees in offices across France, the United Kingdom, Spain, the United States and Kenya. The company has unmatched depth and breadth in delivering holistic solutions to enable businesses to reduce their carbon emissions while driving commercial performance. EcoAct has undertaken carbon reduction and sustainability projects for some of the world’s leading brands while also developing and partnering with carbon offset, biodiversity and economic development programmes across Africa, Asia, China and South America. EcoAct is a CDP gold partner, a founding member of ICROA, a strategic partner in the implementation of the Gold Standard for the Global Goals and reports to the UN Global Compact.