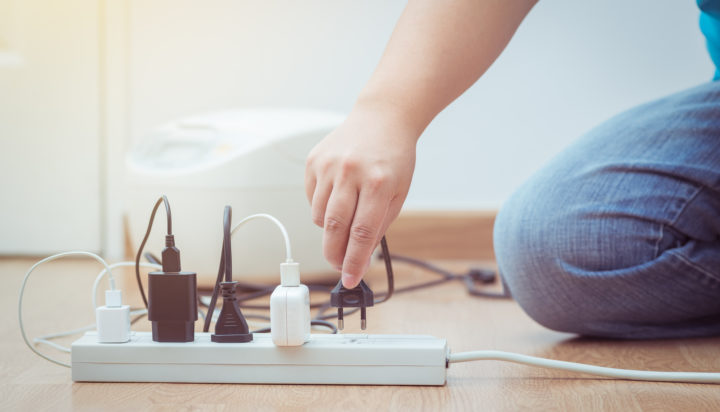 More than one in three people are either unaware of the risks of overloading plug sockets or don’t know how to check whether they’re doing so.

That’s according to new research conducted by consumer safety charity Electrical Safety First, which has looked into the dangers to which many new remote workers may be unknowingly exposing themselves during the coronavirus lockdown.

The findings of the research show more than two-thirds of those currently working from home are using extension leads or adaptors with the electronic device they’re working on and 38% of them have more appliances plugged into an adaptor than they usually would, a practice that ‘could create a fire risk‘.

In addition, the survey has found almost half of the participants of those currently working from home using extension leads or adapters as part of their setup, admit to ‘daisy-chaining’ them together – plugging one extension into another to reach further or plug more appliances in.

More than half of remote workers have also admitted to either often or sometimes placing an electrical item such as a laptop or phone on their bed while it is charging. This action can also create a fire risk due to the potential of the item overheating.