Half of UK’s carbon footprint ‘coming from overseas emissions’

A new report claims while between 1990 and 2016 domestic emissions reduced by 41%, the UK’s consumption-based footprint only dropped 15% 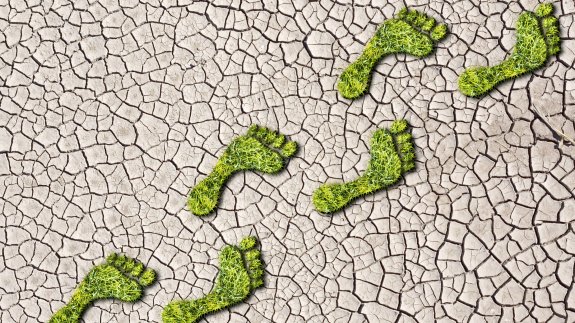 Nearly half the UK’s carbon footprint comes from emissions generated overseas, according to a new report.

The report, which was commissioned by the WWF, measured the carbon footprint of products including clothing, processed foods and electronics imported into the UK and found these emissions account for 46% of the UK’s carbon footprint – however, it claims these are not currently covered by national reporting or included in the UK’s net zero target.

It says between 1990 and 2016, emissions within the UK’s borders reduced by 41% but suggests the consumption-based footprint only dropped 15%, mainly due to goods and services coming from abroad.

John Barrett, Professor from Leed’s Sustainability Research Institute and one of the authors of the report, said: “Over the past 30 years, the UK’s emissions associated with our consumption have only declined by 15% at a time when they need to reduce to close to zero in the next 30 years.

“Increasingly, the impact of our consumption occurs outside the UK, creating a situation where our emissions inside the country reduce while emissions associated with imports increase.

“It is essential the UK commits to reducing its emissions both inside and outside the UK to adequately respond to the climate crisis.”

The report also suggests six sectors contributed to 46% of the UK’s carbon footprint – a combination of domestic emissions and those from UK consumption emitted abroad: 9.7% comes from heating homes, 8.6% from car fuel, 8% from electricity, 6.7% from construction, 6.6% from agriculture and 5.9% from air travel.