The coronavirus crisis has affected all aspects of economic life but its impact on the oil and gas markets has been especially dramatic. 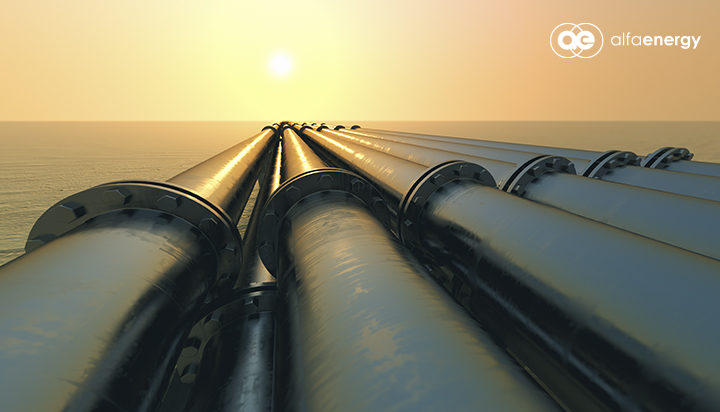 The coronavirus crisis has affected all aspects of economic life but its impact on the oil and gas markets has been especially dramatic. The oil market was already on the verge of over supply before the crisis struck. Producing countries were struggling to agree production cuts even before the scale of the global economic downturn became apparent so a demand reduction of around 35% could barely have come at a more inconvenient time.

Learn more and listen to our podcast, The Historic Oil Crash – What’s Next?

Oli prices on the floor – or below it

The fact that prices have slumped is therefore a surprise to no-one. The scale of the price drop is another matter altogether – and in the case of negative prices, it is a situation that has never been experienced in history. According to Alfa Energy Chairman John Hall “It’s not a question of here we go again – it’s completely unknown”.

Producing oil at below $20 a barrel is barely profitable even for the lowest marginal cost producers such as Saudi. Others can bear the pain of low prices for a while but the situation is unsustainable – sooner or later production will have to be cut and some producers will go out of business altogether. In the meantime however the world faces a glut of oil with declining spare capacity for storage. This led to the brief but extraordinary situation in mid-April of negative prices as producers and traders scramble to avoid having to pay for scarce and hence increasingly expensive storage capacity.

The price of delivered, refined fuel has of course been affected as a result of the collapse in wholesale prices but consumers should not expect to see quite as dramatic a fall in their fuel costs in percentage terms. Nevertheless, lower costs may help some industrial and commercial users by marginally mitigating the wider impacts of the economic crisis on their business.

The economic crisis has also affected the demand for natural gas for industrial and commercial fuel, and for use in power generation.   The world is currently awash with LNG cargoes seeking a home and in the short term at least users on flexible contracts will see lower wholesale prices feed straight through into their gas bills. Those contracting for supply later this year or next will see significant price reductions compared with those they were paying last year. At the time of writing UK wholesale gas is available at 13p, Winter at 32p and next Summer at less than 30p/therm. As Wayne Bryan of Refinitiv puts it “The demand destruction and over supply at the moment is really destroying the curve.”

Similar impacts are being felt in UK and European electricity markets. Gas prices have a direct impact on UK power prices – gas is typically the marginal fuel for power generation – and lower carbon prices in the EU carbon market have reduced generation costs too. So energy costs are falling across the board and are likely to remain low for quite some time.

The days when OPEC could control the oil market are long over. Even in partnership with Russia, Saudi and others have struggled to agree production cuts sufficient to address the current over supply. This may be seen as a failure, though from a strategic perspective they would like nothing more than for low oil prices to put their American shale producer competitors out of business. Doubtless some will indeed go to the wall, but it remains to be seen how much long-term damage the crisis will do to American oil and gas production as a whole.

Distressed producers and shippers will cut whatever costs they can to remain in business. This includes cancelling new projects and postponing routine maintenance. Demand may increase quite rapidly whenever the global economy does start to recover, albeit initially to levels below those at the start of the crisis. There is a real possibility of the market tightening as this point. Volatile prices can be expected as the market starts to recover. It may seem almost irrelevant now, but underinvestment in supply and outages caused by a backlog of maintenance work could easily lead to oil and gas price spikes in the medium term.

Low oil and gas prices may provide an element of short-term cost relief for business energy users at a time when good news is in short supply. It is certainly wise for them to take advantage of low prices where they can. But markets remain sensitive to emerging economic information, including evidence of the speed and extent of recovery whenever that starts to emerge. Volatile oil and gas prices are therefore likely to remain a fact of life for some time to come.

Listen to Alfa Energy’s Podcast, The Historic Oil Crash – What’s Next? In our podcast we look at the impact of negative oil prices, other similar movements in the gas and electricity markets and what this means for energy users, as well as the industry, discussing: